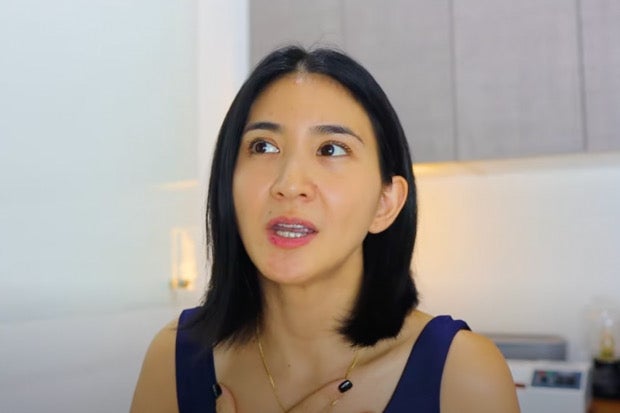 Rica Peralejo disclosed that she suffered from another failed pregnancy recently as she opened up on the difficulties she had gone through so far this year.

Peralejo made this revelation as she spoke about the “miracles” that she asked for this year but were not granted, through a vlog on her YouTube channel yesterday, July 24. One of the miracles Peralejo was pertaining to were for her sister to be healed and for former Vice President Leni Robredo to win her bid for presidency.

“The announcement is I was positive not for COVID, thankfully — I was positive for pregnancy. But the bad news there is I was positive. That means I no longer am,” she said. “2022 has been quite a year for me because this (miscarriage) is not exactly the first pain of the year.”

Peralejo learned about her pregnancy last month, adding that she initially thought she was just experiencing pre-menopausal symptoms.

“I was in disbelief. Ito siguro ‘yung first time na hindi kami nagta-try pero merong nakalusot (This may be the first time [I got pregnant] when we were not even trying),” Peralejo stated. “In fact, prior to this, my husband and I were talking about the different options of not getting pregnant anymore kasi (because) we were feeling na nga (already) the age.”

Peralejo talked about her first two miscarriages which she described as an “unfair process” as she experienced the same pain of delivering a baby but a lifeless one. Peralejo then narrated the medical process she had to go through in her recent pregnancy, only to discover that the embryo did not develop at all. After going through a checkup for the last time, Peralejo accepted that her “pregnancy has ended.”

“Na-feel ko na nagda-drop na ‘yung pregnancy symptoms, nawawala na siya paisa-isa (I felt that the pregnancy symptoms were dropping and are slowly vanishing one after the other). I felt less pregnant and then I started bleeding,” she recalled. “I felt like my body knew already na (that) there was no life in my womb.”

Although there is still a feeling of loss and grief, Peralejo described her recent miscarriage as “calmer” and “more peaceful” because, according to her, God has “prepared her heart” this time.

Peralejo, who suffered miscarriages in 2016 and 2017, shares two children with her pastor husband Joseph Bonifacio. JB

Rica Peralejo’s warning to those who dream of entering showbiz: ‘Bawat industriya, may brokenness’

Rica Peralejo opens up on surviving COVID-19 with husband, kids being spared