Flipping the script: Why playing a bad guy a ‘rewarding experience’ for Chris Evans | Inquirer Entertainment

Flipping the script: Why playing a bad guy a ‘rewarding experience’ for Chris Evans 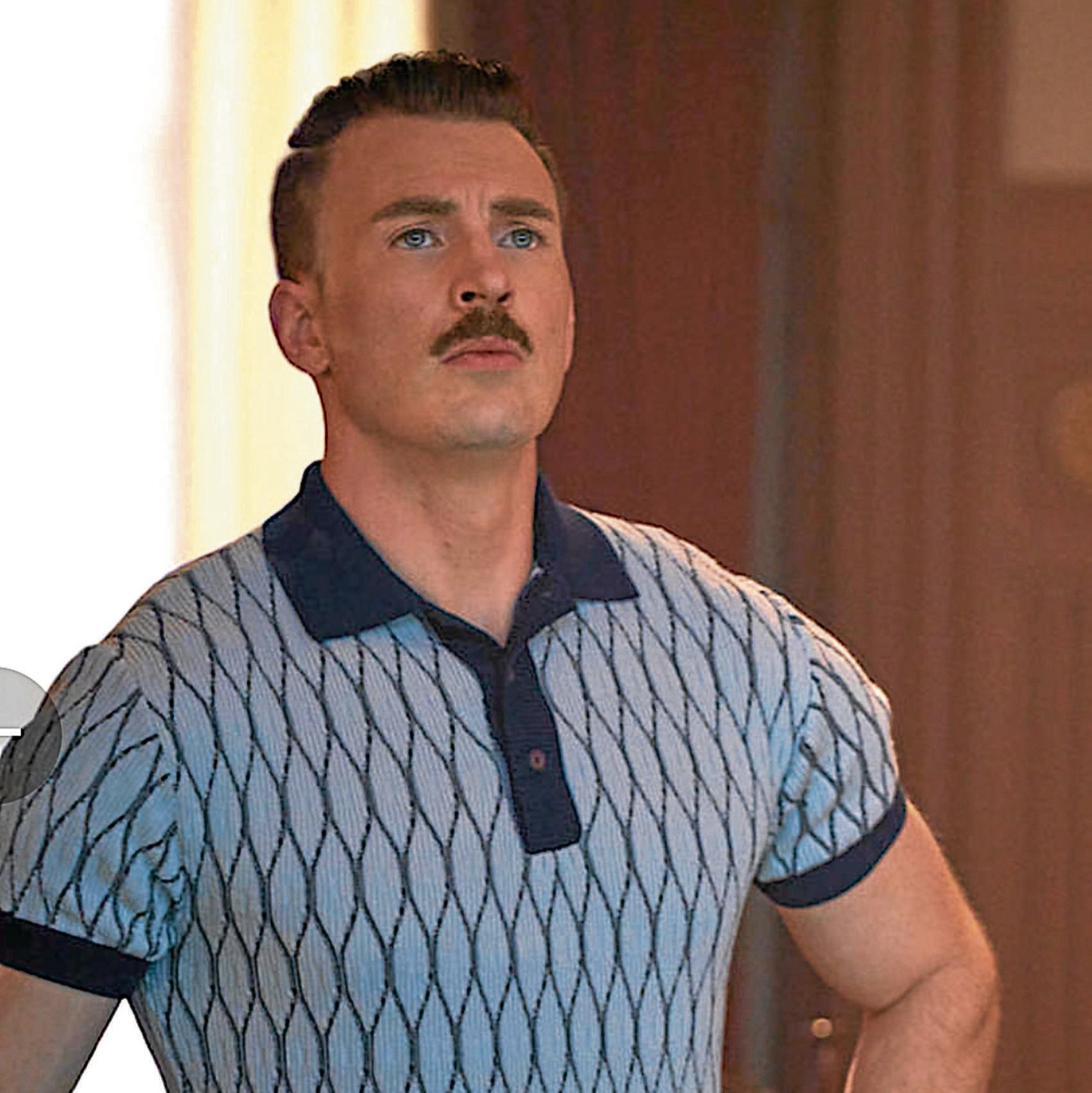 It’s easy to see how much fun Chris Evans is having as a bloodthirsty psychopath in Joe and Anthony Russo’s action-packed espionage thriller, “The Gray Man,” which launches on Netflix today.

As with his crowd-pleasing portrayal as the Human Torch in 2005’s “Fantastic Four,” Chris is a sight to behold onscreen when he taps into his cocky-jock, larger-than-life persona.

At “The Gray Man” press con held last week, Chris admitted that he was indeed having a blast creating the character. “Yeah, absolutely. Playing a villain is always a little more fun. You have a little more freedom, you get a lot more jokes,” he said. “Working with the Russos is what gives that sense of trust and freedom. When you believe in the filmmakers, you’re more willing to take risks. And certainly, a character like this demands risks. So, without the Russos and the relationship and rapport we have, I don’t know if I would have had such a rewarding experience.”

Talking about the progression of his collaborative partnership with the Russos, Chris said, “It’s just a matter of evolving in our trust, understanding and communication. In the filmmaking landscape, you can get lost in a semantic fog.

“There are all these creative minds on set, but trying to communicate a common vision can be tricky. You just develop an understanding of the person’s language, and [the Russos] understand my strengths, they understand things that I don’t necessarily want to do, and the things that I can’t wait to do.”

In the action-packed thriller, The Gray Man is CIA operative Court Gentry, aka Sierra Six, played with quiet aplomb by Ryan Gosling. Plucked from a federal penitentiary and recruited by his handler Donald Fitzroy (Billy Bob Thornton), Six was once a highly skilled, Agency-sanctioned merchant of death. You may have heard stories in the past that hew closely to the same DNA—from Bourne to Bond—but Joe clarifies that “The Gray Man” utilizes a more “modern” take on that idea. He explained, “Bond is about 60 years old at this point, while Bourne’s about 20 years old. [But] this film is connected in a lot of ways to some issues that are going on in the world right now. “The character is exceedingly existential, quite funny and we just find that it fits our sense of humor. It’s the kind of film that we feel would work well with today’s audiences.” 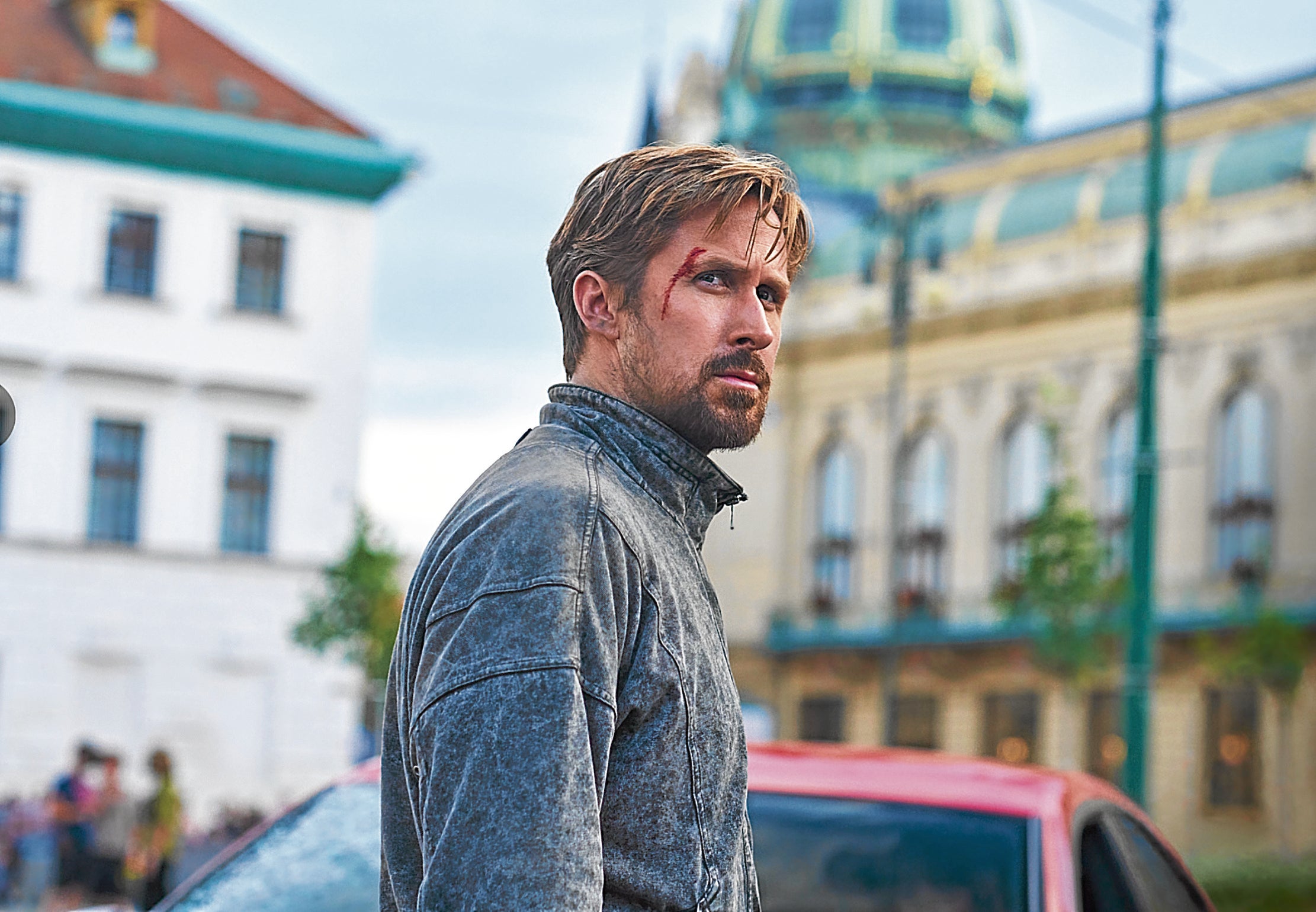 In Six’s case, the tables are turned when he uncovers what leads to a trail of corruption (no spoilers here) in the CIA. Suddenly, he finds himself being hunted around the globe, with Chris’ unrelenting character Lloyd hot on his tail to “silence” Six. Helping keep the beleaguered former ex-con out of harm’s way is Agent Dani Miranda (the lovely Ana de Armas)—but that’s easier said than done. For the gorgeous 34-year-old Ana, who is currently one of Tinseltown’s “it” girls, she said she was very excited to have been considered for the role.

“As soon as I got on the Zoom call with the Russos, they presented this character for me—and I was in,” she recalled. “And I wanted to work again with Ryan (after ‘Blade Runner 2049’) and Chris (after ‘Knives Out’). I just loved the character … from Dani’s mentality and background to how fearless and badass she is.” Big draw

Alfre Woodard was just as thrilled to join the team. The actress plays former bureau chief Margaret Cahill, who’s been forced into retirement by a new regime. She’s living a quiet life in Prague when Six shows up needing her help.

“The big draw for me was that when I read it, I was excited,” she shared. “It reads just as exciting as it is on film, and I wanted to impress my grown-up children with the cast. Moreover, I also enjoyed the fact that Ana kicks butt in it.”

Alfre stressed the need to have memorable leading women within the action-spy genre.

“It’s important because we are the stronger gender,” Alfre pointed out, laughing. “These guys (her coactors) have that kind of women in their lives, whether they’re moms, aunties, daughters and all. Like, Ryan is surrounded by strong women. So, we’re just presenting real life. A lot of times you don’t get that in film.”

Chiming in, Ana mused, “I feel like this comment was coming right at me. Been there, done that. I was a woman in high heels kicking ass in a Bond movie (‘No Time to Die’), looking beautiful the way I was supposed to. “But what’s refreshing about this one is the fact that the focus is not on that. It’s about her power in a different way. We have to accentuate that part about women being badass.”

Billy’s retiree character Fitzroy, who’s credited with creating the CIA’s Sierra program, has clearly seen and done some intense things. This time, however, Fitzroy’s precious loyalty is caught between his only two “weaknesses”: his orphaned niece Claire (Julia) and Six. “That’s the thing that really interested me about the character,” he said. “Here’s a guy who’s a high-level spy, and there’s a part of that that requires you to be sort of cold-blooded in a lot of ways. I mean, you have to make life-and-death decisions all the time. 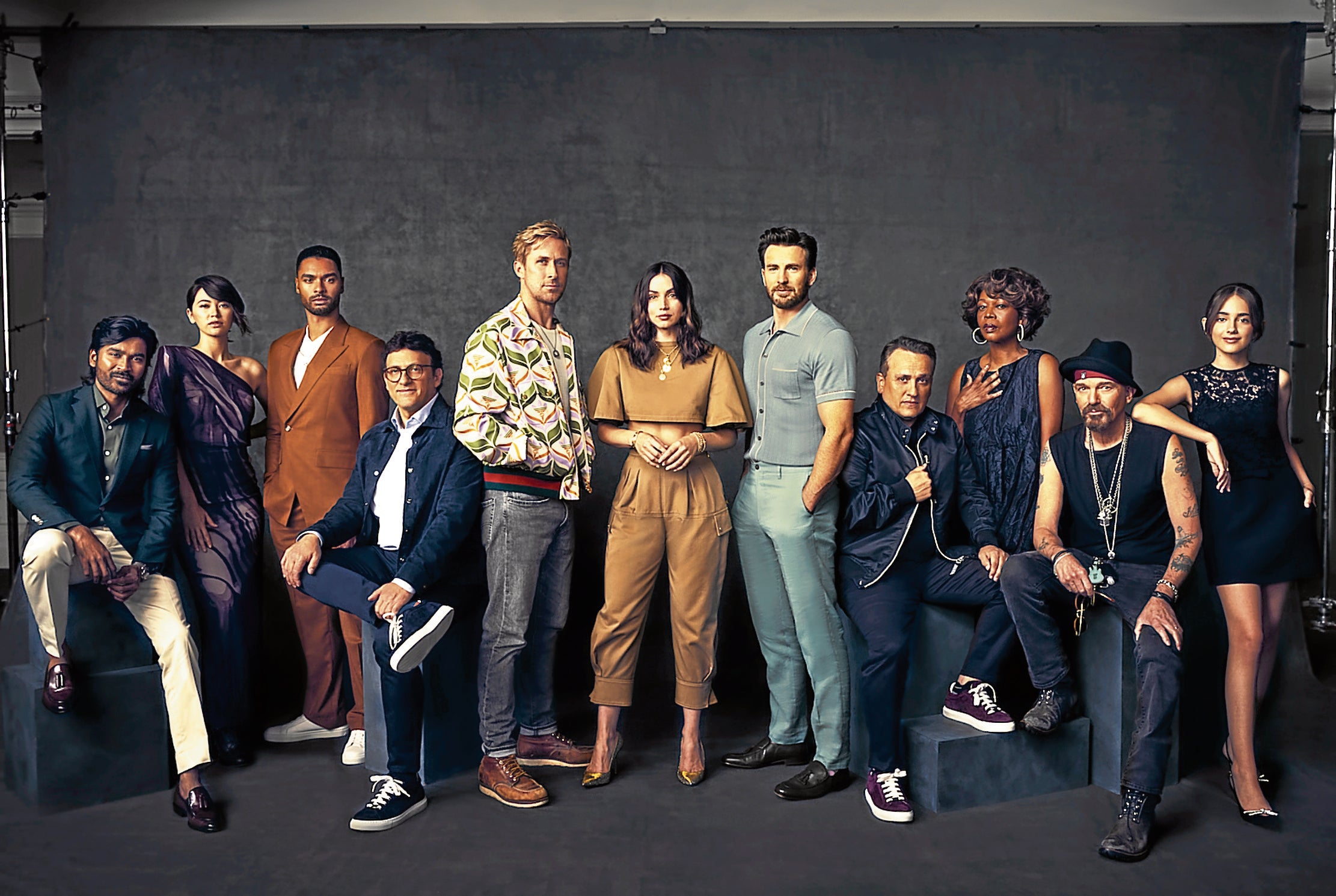 “But then, when you bring in the personal relationships, it’s like, ‘How do I remain a human and still do my job?’ Being the protector of my niece comes naturally because I’m a parent myself.”

As for Regé-Jean Page, who plays the agency’s ruthlessly ambitious group chief Denny Carmichael, preparing for his role was no walk in the park. It entailed a lot of character work.

“It was very similar to the preparation that you put into any role,” the “Bridgerton” star said. “I always make sure that the guy has a background, with a good reason to be the way he is, because the reaction to Denny is immediate. You look at him and go, ‘Who does this?’

“I wanted to give Denny a bit of depth. I wanted there to be something blue-collar in his background, something East Coast, something aspirational into why he’s pushing himself so hard. I wanted to show why this enfant terrible has risen quite so high and so quickly.”