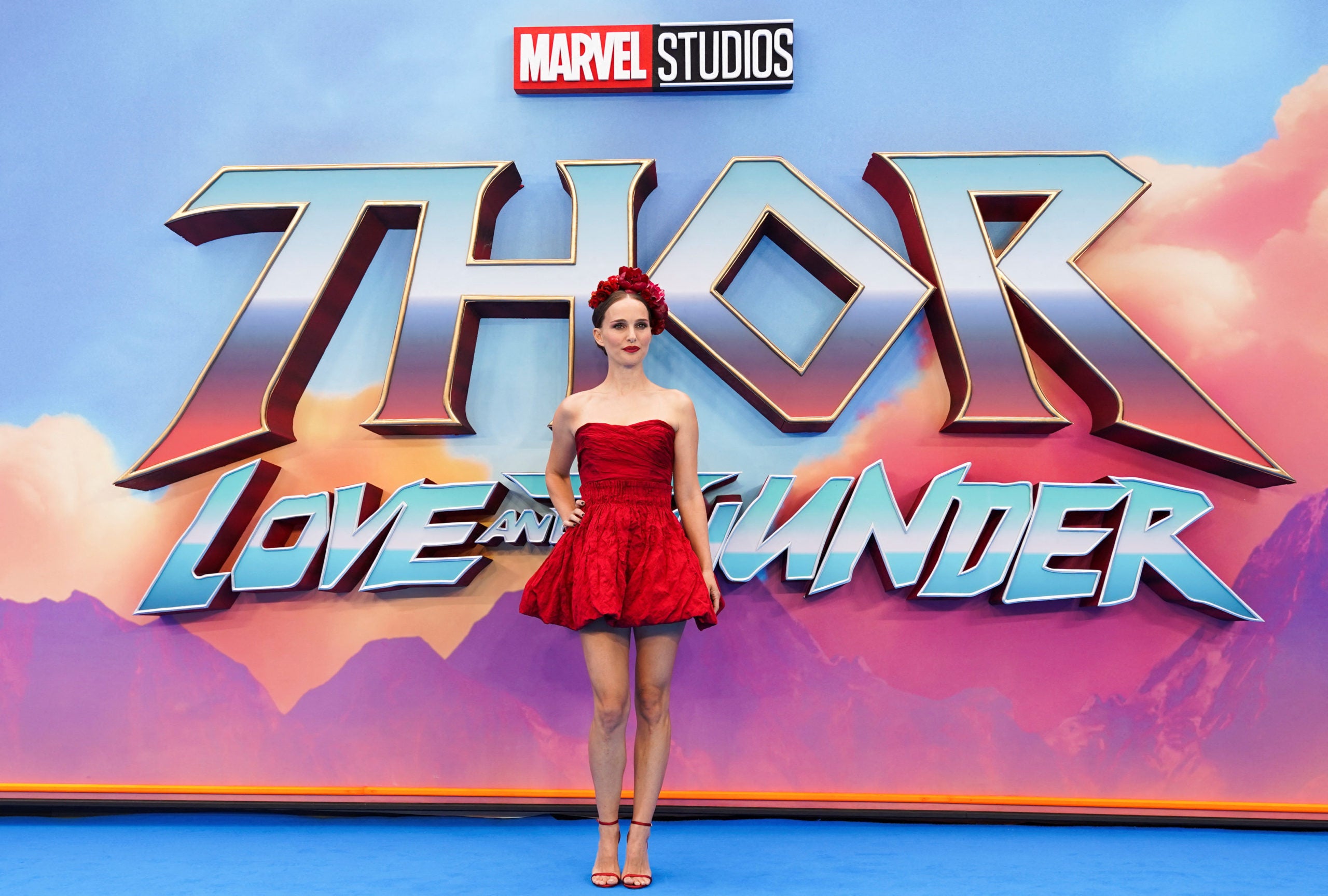 LOS ANGELES  – Twists and turns are in store for fans of Marvel Studios’ “Thor: Love and Thunder,” not least one from an unlikely new superhero.

Offscreen, Hemsworth had nothing but respect for Portman, who last played Foster in 2013’s “Thor: The Dark World.”

“Blown away, beyond impressed,” Hemsworth said in an interview. “I started this journey with Natalie 10, 11 years ago and now to see her as this character is amazing and she did such an incredible job.”

Portman had to bulk up for the role.

“The eating was really surprising. You have to eat so much all the time,” she said. “There’s so much protein, so many shakes. I love food so much, you never imagine that eating is a chore.”

“I suddenly couldn’t do anything, type anything and eat. I felt like I couldn’t even bloody move because of it,” Bale said, adding his character’s fangs made it difficult to talk.

“It made me end up being this skulking character … pacing around the set not talking but I was having immense fun doing that.”

Tessa Thompson returns as Valkyrie, no longer a drunk and with an impeccable English accent.

Alongside Jane and Thor, she goes on a rescue mission after the children of the city of New Asgard are kidnapped by Gorr. Director Taika Waititi and the cast had enough children to play cameo roles.

“It was incredible also getting to have our kids on set,” Portman said. “Chris’ kids and Taika’s kids and Christian’s kids, everyone like running around and playing together. It was pretty dreamy as a working parent.”

Read Next
The Juans, minus 1: ‘Names and faces will fade away,’ but Araneta show must go on
EDITORS' PICK
vivo gives users more reasons to claim #MemoryIsPriceless
House energy committee chair Arroyo bats for cheap electricity
No PH-China territorial dispute; China claiming PH territory in SCS — Bongbong Marcos
Marcos wants to exhaust all options in handling maritime, territorial issues with China
A true Cebu address: Vista Residences’ Cebu flagship fuses urban life, heritage, safe sanctuary
‘Karding’ now a severe tropical storm; Signal No. 2 in 3 areas, Signal No. 1 in NCR
MOST READ
#WalangPasok: Suspended classes due to habagat, September 20, 2022
LOOK: Erika Rae Poturnak, Kobe Paras kiss and cuddle in her birthday greeting to him
Classes suspended in some areas in Luzon due to ‘habagat’
LPA may form east of Luzon, says Pagasa
Don't miss out on the latest news and information.