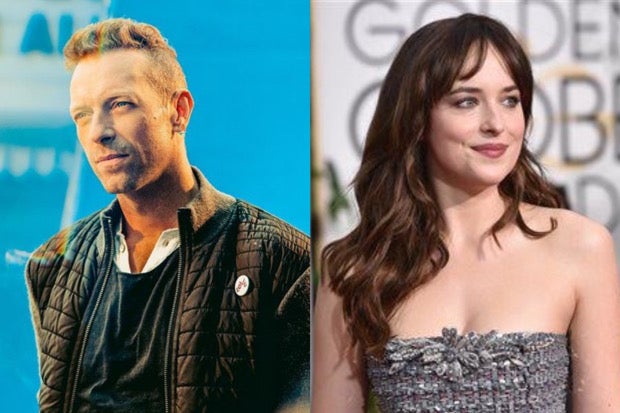 Chris Martin opened up on his band Coldplay’s promotion of inclusivity of Deaf and hard-of-hearing fans during their concerts, and disclosed that his girlfriend, American actress Dakota Johnson, played a huge part on it.

The singer recounted how he was introduced by Johnson to Subpac, a bass-delivering vest, during an interview with TV host Nate Burleson, in an episode of “CBS Mornings,” as seen on its Twitter page yesterday, July 6. This was after Burleson asked Martin about the band’s initiative of providing their fans with such devices in the ongoing “The Music of the Spheres World Tour.”

Coldplay’s guitarist Jonny Buckland and drummer Will Champion were also featured in the said interview.

“My partner, she said, ‘I got you a Christmas present, a Subpac.’ [It’s] like what FINNEAS [Eilish] wears on stage when he’s with Billie,” Martin said, referring to the sibling-singers. “It vibrates so it’s useful for someone like Finneas to hear where the one is on the bass drum.”

Aside from these devices, Coldplay also has sign-language interpreters, sensory bags, sensory refuge stations and touch tours for blind guests in all of their shows.

Buckland then spoke about the fulfillment the members of the band feel, after they were asked about the feedback they have been receiving with these efforts.

“It has been pretty incredible to hear that people are going and feeling [that] they are part of a big community,” Buckland stated. “If we have one aim, that is the feeling of togetherness.”

Martin and Dakota reportedly started dating in 2017, but the two have been private with their relationship for the most part. In 2020, the actress co-directed the music video of Coldplay’s song “Cry, Cry, Cry,” and regarded it as an “incredibly special experience.” JB

Dakota Johnson reveals ‘mayhem’ on ‘Fifty Shades of Grey’ filming: ‘There were a lot of disagreements’