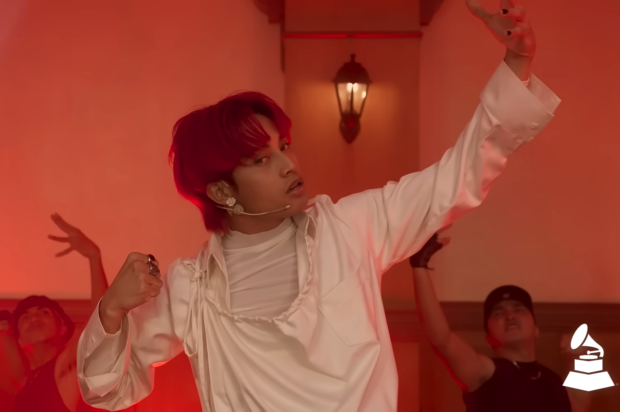 Ken, of the P-pop group SB19, delighted fans with a performance of his song “Bulan” at a digital series by the Recording Academy.

Ken, known as Felip in his solo releases, channeled the moon god Bulan that inspired his song as he performed in a dazzling light production for the Recording Academy’s “Global Spin” digital series, as seen on the Academy’s YouTube channel today, July 6. The video was filmed at the Teatrillo in Intramuros, Manila.

“In this episode of Global Spin, FELIP — also known as SB19’s Ken — dives into Filipino mythology to use the myth of Bulan as a lesson for modern life,” the Recording Academy stated.

It also noted that Ken uses Bulan’s story as a “metaphor for crab mentality.”

“His song’s message is one of brushing off negativity, and issuing a word of caution to any naysayers who would try to diminish his accomplishments,” the company stated in a release, also today.

Aside from Ken, actor-singer James Reid was earlier featured in a digital series by the Recording Academy. He debuted his song “California Lovin'” at the Academy’s “Press Play at Home” series last May.  /ra