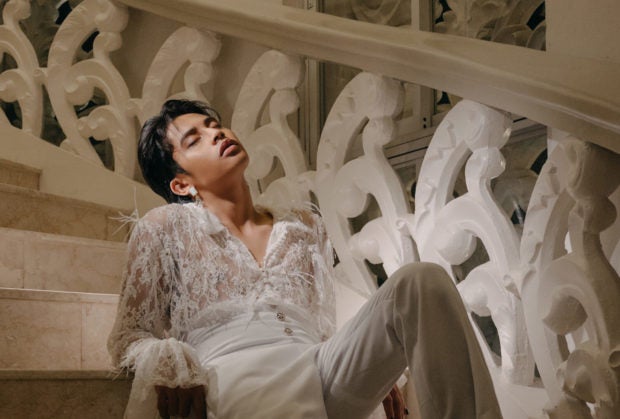 Ken of P-pop boy group SB19 is about to make his solo debut through the song “Palayo,” which is set for release on Sept. 18.

Ken gave fans a first look at his upcoming solo outing through some concept photos, along with the release date “09.18.2021,” on SB19’s official Twitter page yesterday, Sept. 14.

The musician can be seen donning all-white while posing on a staircase, while another photo shows him wearing a dangling silver headpiece.

The video shows Ken walking around an empty mansion in various outfits, as the words “dagan ko palayo na sa imo” (I run far away from you) appear onscreen.

“Palayo” is going to be an R&B track and will be under the SB19 member’s real name, Felip, as seen on the song’s pre-save link.

The song is one of the latest releases from SB19, following the group’s first EP “Pagsibol,” which was released last July. The group will also be performing in their first pop orchestra concert in October, alongside girl group 4th Impact and classical soloists Nicole Pugeda and Isaac Iglesias.  /ra

Sara flies to Cebu, raises speculation of meeting with Bongbong

Bongbong: VP, full slate out after Nov. 15 amid possible substitutions

The malady of food waste: Millions starve as trash bins fill with leftovers

Sara flies to Cebu, raises speculation of meeting with Bongbong

‘Wala nang atrasan’: Pangilinan not backing out of VP race after ‘explosion’ of support