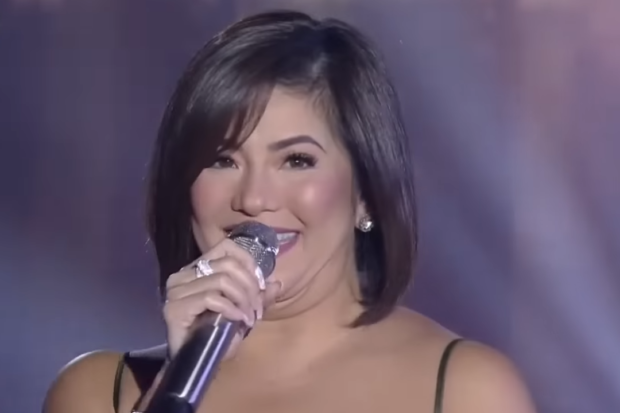 Regine Velasquez poked fun at herself after mistakenly holding her microphone upside down during a performance on “ASAP Natin ‘To,” joking that fans might not have seen the blooper at all.

The Asia’s Songbird held her microphone upside down while having a duet of “In Love with You” with fellow singer Jason Dy during the “ASAP Natin ‘To” episode last Sunday, July 3. Fortunately, Velasquez caught herself in the error, held the microphone correctly, and continued with her performance.

The episode is no longer available on YouTube, but was captured by fans including one @ultregine.

“Ate [Regine] I love you but why? You’re the cutest,” the netizen said.

ATE @reginevalcasid I LOVE YOU BUT WHY 😭 HAHAHAHA YOU’RE THE CUTEST pic.twitter.com/WQAR0dtJQg

Velasquez laughed off what happened via her Twitter page on the same day. She also quipped that fans should keep what they saw to themselves.

“Wala naman nakapansin ‘di ba? #ehyungbaliktadmicko. ‘Wag kayo maingay ha,” she told them. (Nobody noticed it, right? [My mic was upside down.] Be quiet about it.)

Fans replied to Velasquez, with some going along with her joke and others praising the singer’s ability to continue with the performance despite the mistake.

“Oo ate. Wala po kaming nakita. Mahal kita Ms. Reg kahit lutang ka,” one @shai_maeeee said. (Yes. We did not see anything. I love you Ms. Regine even if you zone out sometimes.)

(Your voice and Jason’s are sweet but your eyebrow was raised. It is not obvious that you were annoyed. We love you.)