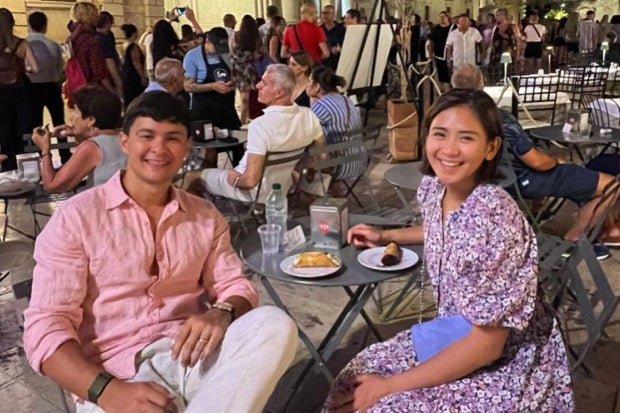 Sarah Geronimo and Matteo Guidicelli were in awe after they visited Sicily for the first time during their recent trip to Italy.

Guidicelli could not help but rave about Sicily, an island in Italy, while showing snaps from their trip, via his Instagram page yesterday, July 3. The couple can be seen dining in an outdoor restaurant while enjoying the view of Sicily streets.

“A beautiful cannoli evening in Sicily,” the actor said. “Both first timers in Sicily and let me tell you, we [fell] in love with the place! It was so beautiful, from the colors of the historic structures, the people, small tight hilly roads and of course the FOOD!”

Guidicelli also treated fans to moments from his Opera date with Geronimo, through an earlier post on his Instagram page last Monday, June 27.

“The Opera took place at the historic Arena Di Verona (which was mind blowing!) The show was fantastic with singers belting Italian lyrics with so much emotion!” he stated.

According to Guidicelli, the Opera show they watched was recommended to them by an Italian ambassador. The actor was apparently referring to Ambassador Marco Clemente, ambassador of Italy to the Philippines, whom Guidicelli and Geronimo met and had a “fruitful” meeting with last month.

Geronimo and Guidicelli, who wed in a private Christian ceremony, marked their second anniversary last February.