Nora Aunor: My life and art I will continue to offer you | Inquirer Entertainment

Nora Aunor: My life and art I will continue to offer you 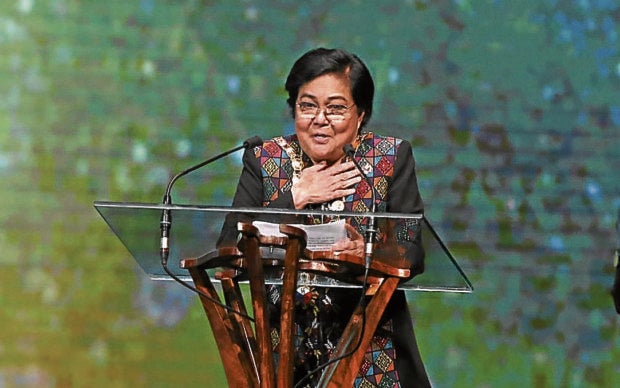 This, in a nutshell, was the message that National Artist for Film Nora Aunor wanted to impart to industry colleagues and her loyal ‘‘Noranians,” who attended the two-hour-long tribute show at the Cultural Center of the Philippines (CCP) on Wednesday night.

“Rest assured that I will continue to promote Filipino movies that inspire and those we can learn lessons from, as well as those that tell our true stories,” Aunor said in her ‘thank you’ speech.

“These past few days, I have been battling an illness. This was also the reason I was not able to attend the actual ceremony in Malacañang. I feel much better now. I thank those who have sent messages,” she added. “The life and art of Nora Aunor that you love so much — since I first tried my luck in music and in acting several decades ago — I will continue to offer them to you.

“This life has not been an easy one. Despite the hardships and controversies, you continue to love and support me, as well as the art that is my gift to you,” said Aunor, who then thanked the educators, critics and audience of Filipino movies, as well as her fellow Bicolanos and Noranians, “for not letting go.” 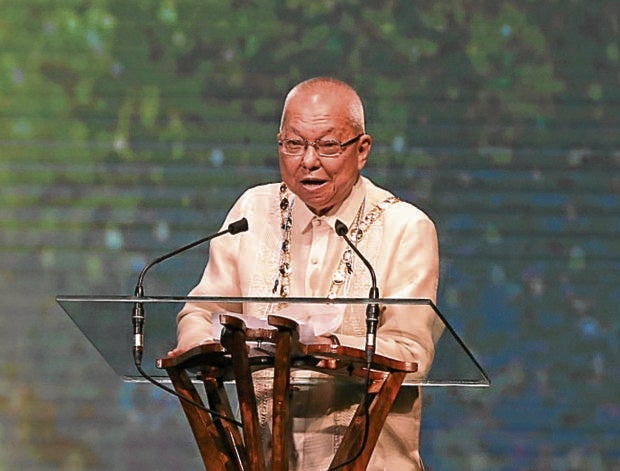 The event on Wednesday, titled “Tribute to 2022 National Artists,” was organized by the CCP and the National Commission for Culture and the Arts.

Lee said the fact that the tribute was from fellow artists made the event even more meaningful. “This is because while they know the hardships and pains you have experienced in your profession, they are also aware of your joys and ecstasies as an artist. It feels good that they are one with you in celebrating your victory,” he told Inquirer Entertainment shortly after the ceremony.

Lee confessed that the event in Malacañang felt “too formal” compared to the one at the CCP, “where I was surrounded with people of the same community. To be honest, I didn’t know how I should behave and move there in Malacañang. It was my first time to go there, and to wear a barong Tagalog,” he recalled.

At the CCP, Lee said he was glad to have had the chance to hug his old friend, Aunor, and share the stage with her. “I’m sad that Marilou, who I was also very close to, is no longer with us. But I’m glad that the three of us got the award, which was a first in history,” he pointed out.

Lee also expressed his gratitude to what he called his “Magic Five,” or those who did research and gathered all the necessary materials prior to the deliberation for the National Artist award. They are filmmakers Paulo Villaluna and Mac Alejandre, producer Bianca Balbuena-Liew, journalist Noel Ferrer, and Lee’s personal assistant, Ram Banal. The “sixth,” Lee would later say, is film critic and teacher Richard Bolisay.

“I hope the government will recognize other artists while they are still alive because the moment you receive this kind of honor, you feel more energized and driven, you become more creative and more willing to share what you know to younger artists,” Lee declared.

Christian Vallez, one of the students of the late director Abaya, said the latter shared with them everything she knew about the camera, about it being a tool that’s more important and powerful than the gun. “While the gun takes lives, the camera takes souls; but what the gun isn’t able to do but the camera can is to resurrect the soul,” Vallez pointed out. “This was what she taught us—to tell stories that heal wounds, stories that touch the soul.”

Vallez said he hoped that the recognition would encourage new filmmakers, storytellers and other disciples of the art to learn more about Abaya’s life and work. “Direk may no longer be with us, but her teachings and works, as well as her dojo, are still very much alive. Also, there are a lot of us out there, her students who spread her teachings by way of telling stories and making films,” he said.

On Wednesday night, music was played by the Manila Symphony Orchestra, with conductor Jeffrey Solares. Irma Adlawan and Marco Viaña were the masters of ceremony.