Art in the streaming business 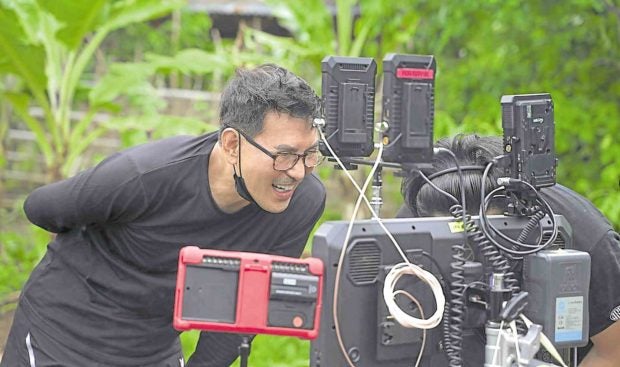 The author, Brillante Ma Mendoza, on the set of one of his movies.

The film business is booming for some. While Filipino films aren’t so successful when they’re shown in our local cinemas, some are lucky and astute enough to bank on streaming platforms and content creation. More new streaming sites are sprouting, offering different types of films.

Streaming has indeed changed the way viewers access films, and like any new thing, it has advantages and disadvantages. It is a convenient way to watch films at home or elsewhere for a certain fee and allows subscribers to choose whatever genre they like.

On the other hand, some people question the lack of control by government on these sites’ content, and these companies’ nonpayment of taxes to countries where films are being streamed. There is big money in streaming, especially since billion-dollar companies are paying to create content and viewers are always looking for entertainment. So people want to get a share of the profit.

For the local industry, streaming issues are being raised. One is that the quality of these films is low. Second, artists who are expected to create serious films end up creating nonserious content, working for a smaller budget with tight release schedules. Third, there’s the question of exploitation.

Lately, I have been creating films for streaming, and sometimes, I’m asked why I make low-budget ones that tend to be sex-themed. Of course, I make no pretenses when I make these films, which are for a certain market.

But I do have my advocacies and try to tell a good story with relevant messages in it. However, this type of films is clearly for entertainment. One hopes but does not expect viewers to take them seriously. Businessmen, on the other hand, tapped into the market, generated a few million subscribers, and profited from them.

On my part, I know my audience and the messages my films send. I create these films the best way I can, but it is also clear in my mind that they’re different from the independent films I offer viewers at festivals.

Certainly, capable filmmakers are always eager to make films with better quality, a serious matter and with higher budgets, but there’s difficulty in acquiring decent funding to continue creating them.

This is the situation for many in the film industry these days. It often boils down to support and funding. As it is, we need help to stay afloat. I remember there were critics of films produced with the grant given by Cinemalaya. Some said that the quality of these films is too low, especially if compared to other films from abroad.

That may be true, but then again, filmmakers must start with whatever funding is available. In the Philippines, for instance, who would willingly give away a million bucks to younger artists?

As to the issue concerning exploitation—a serious word—some may be exploiting their workers, whether the film’s genre is sex, action, drama or comedy. This may be in terms of budget, how they’re treated or the physical work involved.

Sometimes, actors are hurt or are forced to do things against their will; other times, members of the staff are not properly paid. There are also platforms that offer a minimal production budget, perhaps over a four-day shoot, and this is very taxing on a production team.

Different genres often include sex scenes as one can see on internationally dominant sites like Netflix. But when it comes to sex-themed genres, people refer to the nudity they see when they speak of exploitation, not to the effort and output of an entire crew.

Even without paying to stream these films, photos of actors are being passed around by people who are against this genre. When you think of it, in the past decades, there were years when the sexy genre did proliferate, though there are differences in how “extreme” the nudity is.

We have jobs to do, and we must do it well regardless of the position we find ourselves in. For filmmakers, we may be making mainstream or art films, but we must try to do it the best way we can.

Government agencies can educate viewers and check the standard of films, but they must help filmmakers achieve a high quality of work. For example, when giving out grants to deserving artists, I urge them to make sure it is a grant—to aid filmmakers, not to require them a guarantee in the ROI (return of investment), for that is not the way to encourage us.

I can swear to deliver an ROI, but that will not be true, because art films rarely earn. I can show documents to prove a film’s sales, but all that is just paper, which is different from what is experienced by filmmakers financially. There was even an instance when we did not get money from a film just because of a dispute between other companies.

Art and business are intertwined, but they’re not an easy mix for some. As some would say, “business is business,” particularly in an industry where contracts and businessmen rule. Definitely, there will be people who will take advantage of others. We may not want it, but the reality is that the world is not fair. And some will play the game to survive.

Government agencies, private businesses and investors can assist artists and help level the playing field. We understand the business side, but we need support to be able to create better films.

Film workers do not lack creativity, talent or the will to persevere. We have always pleaded for aid, and point out that, other than a lot of effort being exerted, creating globally competitive films requires a big investment.

When making films, aside from our deeper purposes, we think of it as a way to give jobs to our coworkers. We also see it as a way to educate, and we practice whenever we have the means to do it.

Perhaps the big test lies in the way we work with the current reality—where, aside from dealing with the pandemic and those funding issues, we also face exploitative institutions and people—as well as making a conscious decision not to allow those elements to devour our soul.

It’s necessary to remind oneself not to willingly add to the industry’s problems. I confess I am not such a wise businessman, but for artists like us, it’s our business to raise others with us as we work hard and learn to excel in our craft.