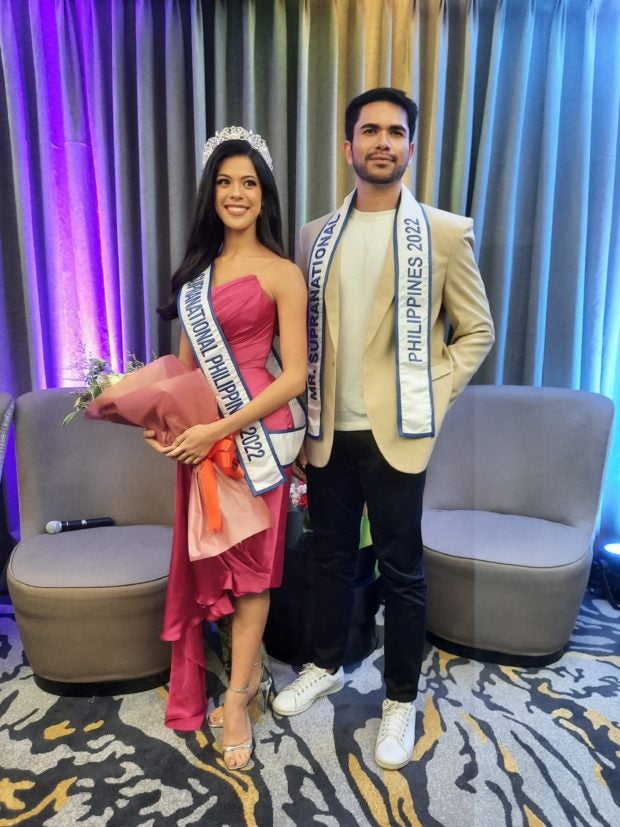 MANILA, Philippines—Alison Black of the Philippines made an early impression in the ongoing Miss Supranational pageant in Poland when she was chosen as one of the six top contenders in the talent competition.

Her pageant partner, RaÉd Al-Zghayér, is also gearing for the 2022 Mister Supranational contest and is set to leave next week after a whirlwind appointment last month following a casting call for the Philippines’ representatives to international male competitions.

The two have the insurmountable task of giving the Philippines tandem victories in the Poland-based twin pageants, something no country has ever accomplished since the holding of the Mister Supranational contest in 2016, seven years after the inaugural Miss Supranational pageant.

The part-Jordanian Al-Zghayér will attempt to give the Philippines its first Mister Supranational victory, after a string of semifinal finishes in the previous editions. The Miss World Philippines organization has secured the license for the male tilt in 2018. It was previously held by Prime Event Productions Philippines Foundation Inc., organizer of the annual Misters of Filipinas pageant.

For Black, the Fighting Maroons’ recent capture of the men’s basketball championship in the University Athletic Association of the Philippines (UAAP) may be considered a good sign for her, being an alumna of UP Diliman.

She also noted that all of her overseas travels had her representing the Philippines in international competitions, first in a ballet tilt in Hong Kong, then a business contest also in Hong Kong, and now in a beauty pageant in Poland.

The pageant rookie was considered a “dark horse” during the Miss World Philippines contest, and edged out other perceived frontrunners for one of the five crowns at stake. Black said she will employ the same strategy in her first international pageant, and give her best even when she is “under the radar” of observers and fans.

The 2022 Miss Supranational pageant will stage its coronation program on July 15 (July 16 in Manila), while the 2022 Mister Supranational contest will hold its finals on July 16 (July 17 in Manila). CNN Philippines will have a live telecast via satellite on free TV, while real-time streaming will be available via ktx.ph.  /ra