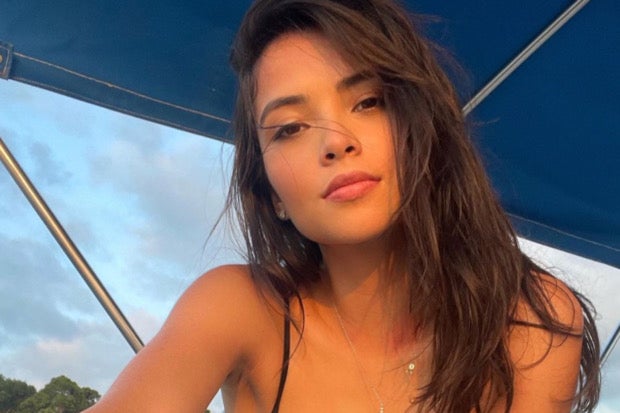 Kelley Day addressed the current “social media society” and aired her frustration over “brainwashed bashers” after a netizen insinuated that the actress is a mistress.

The actress-beauty queen revealed struggling with mental illness and how she sought professional help and medication, via her Instagram page last June 12. In the said post, one @uaniunderthepinkskies commented by calling Day a “kabit” (mistress) then giving what may be sarcastic words of encouragement.

“Mahirap talaga maging kabit. Kaya mo yaaan,” the netizen said. (It is really hard to be a mistress. You can do it.)

Day showed the screenshot of the comment while describing the netizen as a “brainwashed basher,” via her Instagram Stories yesterday, June 28.

“Losing hope for [people] like this — brainwashed bashers who think they know sh*t but actually have no idea,” Day stated. “They trust unreliable chismosa (rumormonger) columnists vs. actual facts.”

Day then stressed how that particular comment reflects the current social media norm, and appealed to the netizen to let her “heal in peace.”

“This is a microcosm of our [social media] society today, and it’s sad. Hasn’t [fake news] trended enough by now?” she asked. “What I’m going through has no relation to that [bullsh*t].” 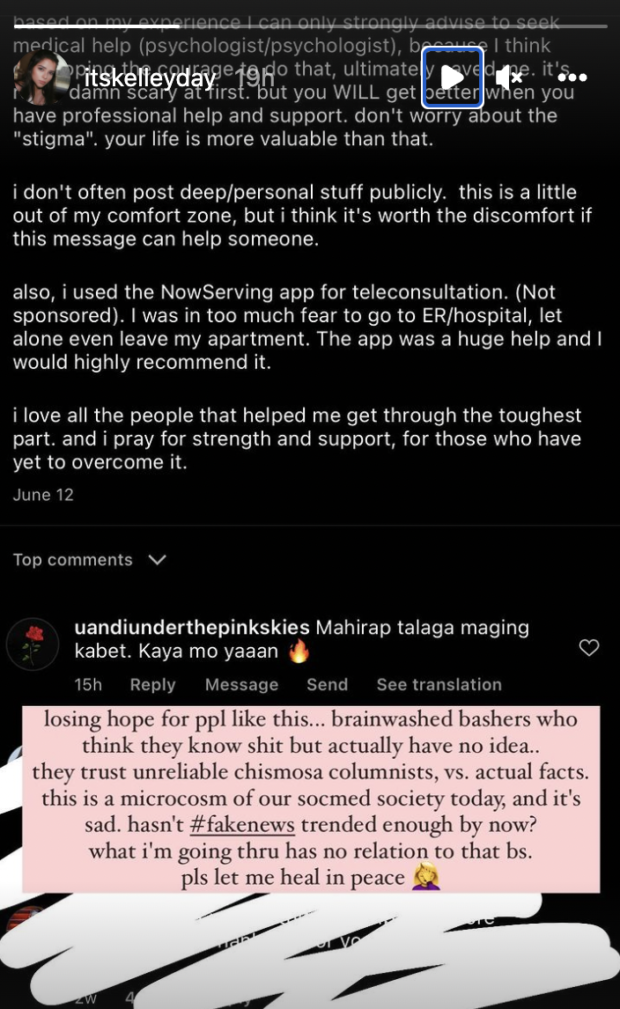 While Day did not mention any names on her statements, it can be recalled that the actress got involved in fellow actors Carla Abellana and Tom Rodriguez’s then-rumored split last January. Speculations that she was the third party in the couple’s relationship arose after columnist Cristy Fermin issued a blind item on her segment “Cristy Ferminute,” and hinted that the said individual has a surname that refers to days in a week.

Day immediately dismissed these speculations along with pregnancy rumors, reminding the public to be cautious with what they consume online.

Meanwhile, Abellana recently broke her silence on her separation from Rodriguez, stating that whatever the public sees online is only part of the things happening in their relationship off-camera. JB