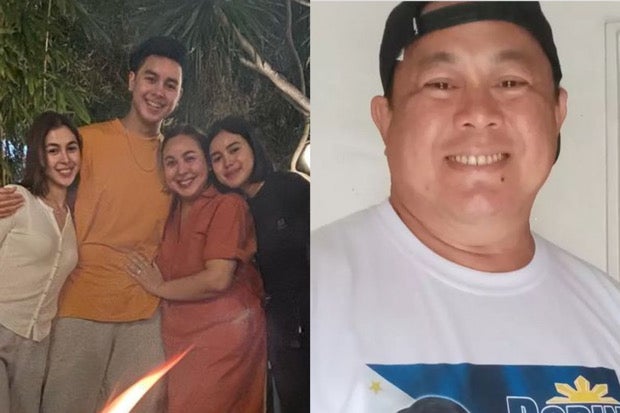 Marjorie Barretto said she will someday speak up on matters involving her ex-husband Dennis Padilla and their kids, after the actor earlier disclosed that he received no greetings from their children on Father’s Day.

Barretto gave her statement after she was asked about the issue by comedian-talent manager Ogie Diaz during the thanksgiving party of Vice President Leni Robredo and Sen. Francis “Kiko” Pangilinan. Diaz talked about his conversation with Barretto in a vlog on his YouTube channel on Friday, June 24.

(Regarding the issue about Dennis Padilla feeling bad for not receiving a [Father’s Day] greeting from his children, Marjorie said that “in time” or the time will come when she will speak up [on the matter] so that the public would better understand the real situation. Marjorie is also hoping that Dennis will still continue to protect their children under any circumstances.)

Padilla earlier hit headlines after he expressed his longing for his kids with Barretto — Julia, Claudia and Leon — and revealed that they “forgot” to greet him on the occasion. The actor later deleted his posts but it already sparked attention on social media.

Last January, Padilla stated that he and Julia were starting over again after their misunderstanding in 2014. The said misunderstanding happened after Julia petitioned to change her surname from Baldivia (Padilla’s real surname) to Barretto. In May last year, Padilla and Julia talked about it, with the latter explaining that she was just “correcting Padilla’s mistake” at the time. JB