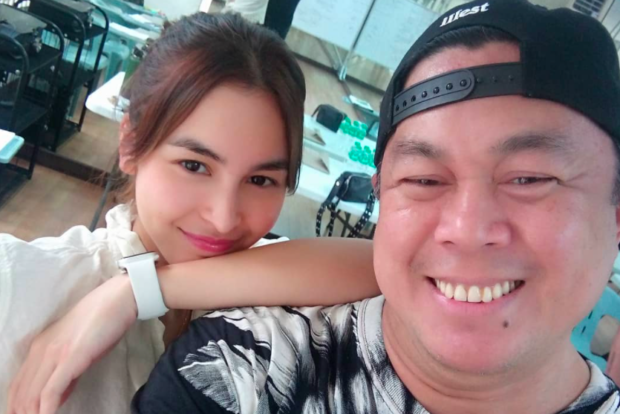 Julia Barretto told her father Dennis Padilla that she’s proud of him for owning up to his past mistakes and shortcomings as a parent, years after their misunderstandings on the issue over the actress’ surname.

Padilla talked about his frustrations when Barretto petitioned to change her surname from Baldivia (Padilla’s real name) to Barretto in 2014, as seen in the actress’s vlog yesterday, May 1.

(It’s not the name itself. That’s my blood. It hurt. You already use Barretto on-screen, why is my name being removed? That hurt me.)

He also recalled his frustrations when he could not communicate with Barretto at the time.

This led Barretto to explain that she was only “correcting Padilla’s mistake” when his marriage with her mother Marjorie Barretto was considered null and void in 2007.

The actress also recalled that she had to deal with hurtful words as she tried to maintain a relationship with Padilla. Despite this, she finds that all has been forgiven and she’s happy that Padilla now has a “good relationship” with her and her siblings.

Padilla also admitted to Julia that when he was battling COVID-19 in April, he came to the realization that he was the one to blame in his split with actress Marjorie Barretto in 2007. He also said his relationship with Marjorie had been “rocky because of [his] attitude and temper.”

“I saw all my mistakes. It was like a dream,” he said, adding that he also thought he was already going to die. “Actually I am the one to be blamed. Walang kasalanan ang nanay mo. Kasalanan ko ‘yun (Your mom was not at fault. That was my mistake).” JB