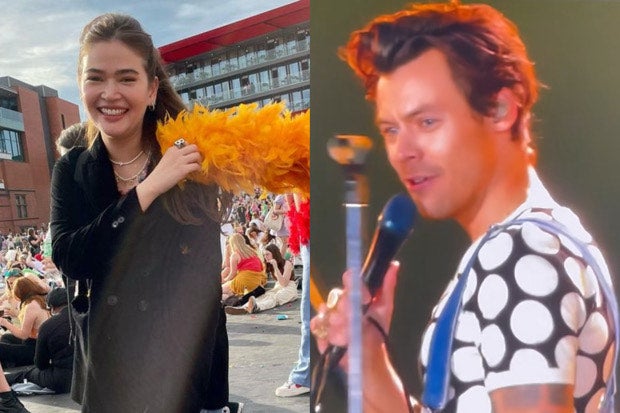 Bela Padilla, who currently resides in London, was ecstatic after she got to see British singer-songwriter Harry Styles during his “Love On Tour” concert in Manchester, United Kingdom.

The actress showed moments from the concert through a compilation video on her Instagram page yesterday, June 18. She was accompanied by friends and her non-showbiz Swiss boyfriend Norman Bay.

“A magical day in Manchester,” she said.

Padilla showed off her nail polish with “Harry Styles” written on it, as well as the crowd enjoying the festive vibe of the event. She also treated fans to snippets of Styles’ performance during the show.

In an earlier post, Padilla also expressed her appreciation to Bay for attending the concert with her despite his busy schedule.

Meanwhile, Padilla visited the Philippines last April and reunited with her family and friends, including fellow celebrity Dani Barretto. Padilla’s trip to the country came about five months after announcing that she officially moved to London. JB