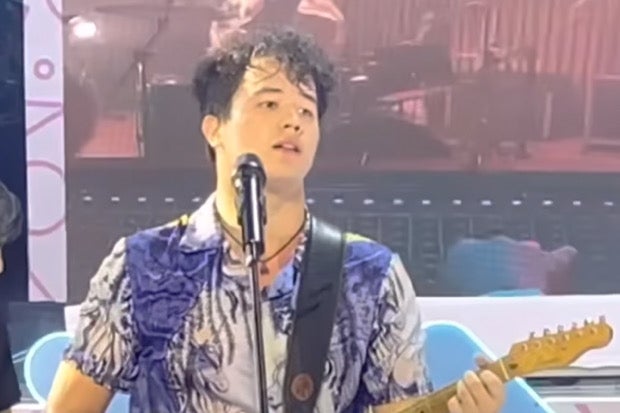 Juan Karlos Labajo relayed his feelings through music as he tweaked the lyrics of his song “Buwan,” in a performance he did a few days after announcing his split with model-beauty queen Maureen Wroblewitz.

The singer sang the hit song as his finale piece in an event held at Eastwood Open Park last Sunday, June 12, as seen in a video uploaded by fan account juankarlosfam on its YouTube channel on Monday, June 13.

While Labajo did not mention Wroblewitz during the performance, it can be noted that the singer vowed that the model would always be his “Buwan” despite how their relationship turned out. Wroblewitz was also featured as Labajo’s love interest in the song’s music video released in 2018.

Labajo and Wroblewitz, who announced their split on June 10, went public with their relationship in 2019 but reportedly started dating in 2017. The two did not disclose the reason for their breakup but Labajo stated that they are both “so young” and “have to enjoy themselves.” JB