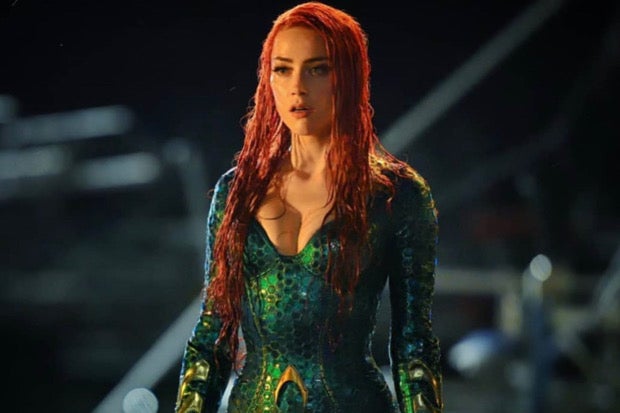 A spokesperson for Amber Heard has dismissed rumors saying the actress was cut from her role as Mera in the DC film “Aquaman and the Lost Kingdom.”

This comes after a source disclosed that Heard was fired from the upcoming “Aquaman” sequel and was replaced by American-Australian actress Nicole Kidman, which was reported by entertainment site Just Jared yesterday, June 14.

“Warner Bros. decided to recast Amber Heard’s role after [screen-testing] the movie. They are going to be doing reshoots with Jason Momoa and Nicole Kidman,” the source said, referring to the American actor who plays the titular role.

Just Jared later added an update on the report, stating that Heard has not been “completely cut from the film” and she will still play a small role.

Heard’s camp then responded to the recasting rumor and stressed that it was not true, as per a statement obtained by Variety, also yesterday.

“The rumor mill continues as it has from day one — inaccurate, insensitive and slightly insane,” the actress’ spokesperson said.

Heard has been hitting headlines due to her and ex-husband Johnny Depp’s public defamation trial which ran for six weeks. Depp sued Heard over an article she wrote for The Washington Post in which she did not name him, but described herself as a “public figure representing domestic abuse.” Heard countersued, saying she was defamed by statements made by Depp’s lawyer who described her abuse claims as a “hoax.”