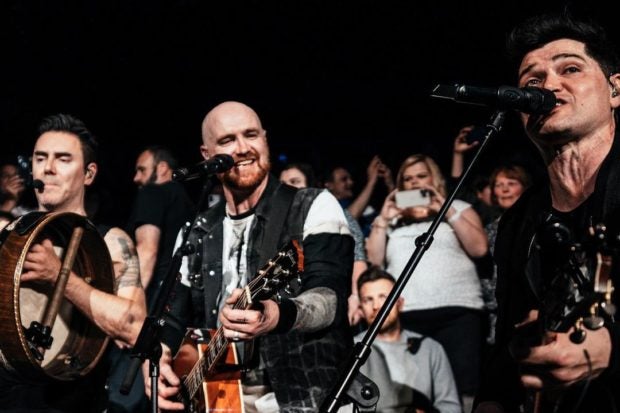 The Script will be serenading its Filipino fans again as it returns to the country this coming September for its “Greatest Hits Tour.”

The concert’s promoter, Wilbros Live, announced that the Irish rock band will be coming to the Philippines on Sept. 23, as seen on its Twitter and Instagram pages today, June 1.

“The Script are coming to Manila with their ‘Greatest Hits Tour’ 2022! Sept. 23, Friday at the Mall of Asia Arena,” it stated.

Announcement 📣🇵🇭
THE SCRIPT are coming to MANILA with their Greatest Hits Tour 2022! Sept 23 Friday at the Mall of Asia Arena. Tickets on-sale June 11, 10AM via https://t.co/fjJo8W0TBP and all SM Tickets outlets #TheScriptManila2022 pic.twitter.com/xNzISjb8OX

Aside from its concert in the Philippines, The Script also announced tour dates for its shows in Thailand, Singapore and Indonesia, via its Twitter page today.

“Philippines, Thailand, Singapore and Indonesia! It’s been way too long. We are looking forward to bringing our Tales From The Script Greatest Hits tour to you in 2022!” the band said.

Philippines, Thailand, Singapore and Indonesia!! It's been way too long. We are looking forward to bringing our Tales From The Script Greatest Hits tour to you in 2022! #TalesFromTheScriptTour pic.twitter.com/7gOfZkRIw2

The Script, composed of Danny O’Donoghue, Mark Sheehan and Glen Power, is a band known for its hit songs “The Man Who Can’t Be Moved,” “Breakeven,” “For the First Time,” “Science & Faith” and “Superheroes,” among others.

Tickets for the Manila show of “Greatest Hits Tour” will go on sale starting June 11 via SMTickets.com and SM Tickets outlets.

Artists who are also set to hold concerts in the Philippines within the next few months are Justin Bieber, Louis Tomlinson, LANY, The Maine, All Time Low, Avril Lavigne and Westlife, among others.  /ra

LANY returning to Manila for concert in November