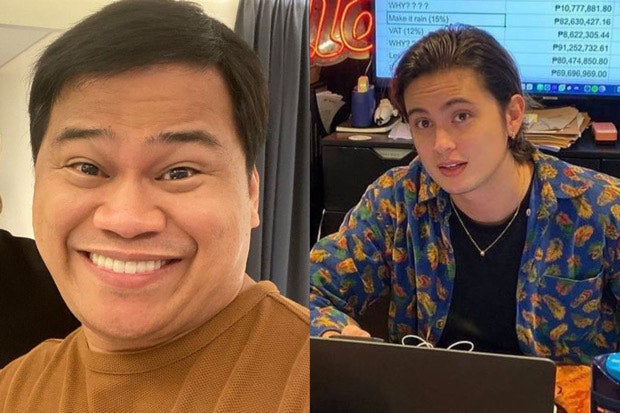 Ogie Diaz came to James Reid’s defense amid doubts about the actor’s ability to manage actress Liza Soberano, urging fans to “wait” for the outcome.

Diaz addressed the fan comments through a vlog on his YouTube channel last Sunday, May 29. The comedian-talent manager stressed that only Soberano can answer questions about her decision to change her management, adding that the actress has been friends with Reid and his ex-girlfriend, actress Nadine Lustre.

(Honestly, we should not question James Reid’s ability to manage [artists]. First of all, Liza will not be managed solely by James Reid but by a group. James Reid is just a signatory on the contracts Liza will have.)

(But for me, we should not judge James Reid. Liza just transferred to their management—why would you be impatient when they just started? Let us just wait.)

Diaz admitted that the actress did not discuss with him her decision to be managed by Reid, adding that he only knows about the business ventures she has with Reid.

(I, as her former manager, hope that [the growth in her career] will continue and at the same time, my talent will grow more.)

Diaz also reiterated that he and Soberano are on good terms, stressing that they can still reach out to each other whenever needed. He also noted that only their contract as manager-talent has ended but not their relationship.

(Let us just look forward [to her projects]. What’s important is that we separated on good terms and we still have our communication line open.)

Diaz earlier revealed that Soberano will no longer be under his management as their contract ends today, May 31. According to Diaz, Soberano declined his offer to renew her contract, saying that she wants to pursue opportunities in Hollywood.

Meanwhile, Soberano had her first speaking engagement in the United States where she opened up about how pursuing a career in Hollywood has always been her dream.  /ra