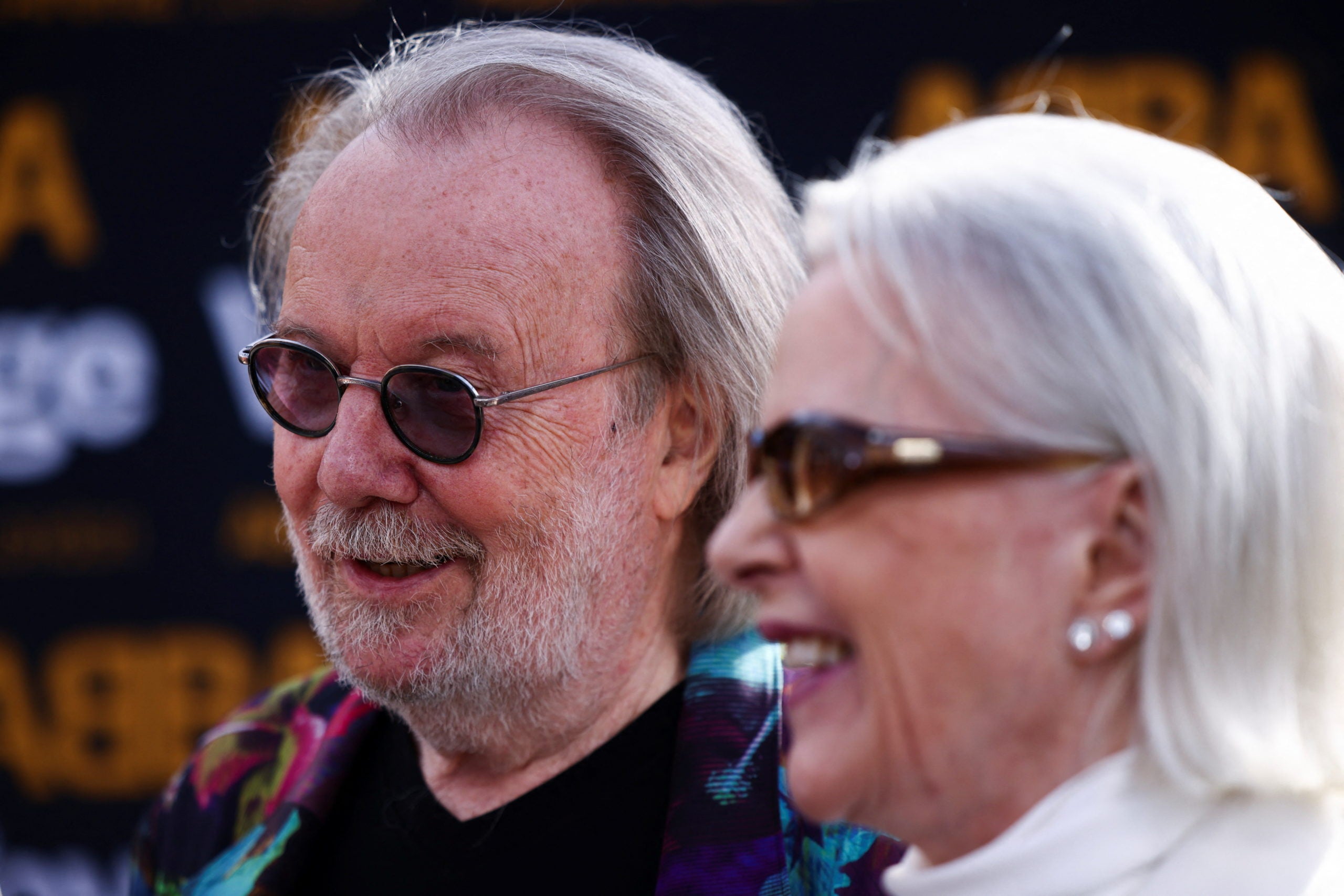 Benny Andersson and Anni-Frid Lyngstad of the Swedish music band ABBA arrive for the opening performance of the “ABBA Voyage” concert in London, Britain May 26, 2022. (REUTERS)

LONDON  – Performing their much-loved hits like “Mamma Mia!” and “Dancing Queen”, Swedish supergroup ABBA returned to the stage on Thursday, albeit as digital avatars, for a new London concert residency.

The band – Bjorn Ulvaeus, Benny Andersson, Agnetha Faltskog and Anni-Frid Lyngstad – have been brought to virtual life as digital versions of themselves from their 1970s heyday, thanks to motion-capture technology. Their last performance together was some 40 years ago.

The foursome, all now in their seventies, posed for pictures together at the concerts’ red carpet premiere on Thursday at a purpose-built venue, dubbed ABBA Arena.

“I think we all are very happy to be back in London because I haven’t been here for I don’t know how many years,” Faltskog told Reuters.

“It is so nice to see all the faces and all the expectations and everything. It goes right into your heart.”ABBA worked with an 850-strong team from Industrial Light & Magic, founded by “Star Wars” creator George Lucas, for the project.

Accompanied by a live band, the avatars, or ABBA-tars, perform some 20 songs during the 90-minute show, called “Voyage”. During the show, they made jokes and even had costume changes.

The real ABBA watched among the audience and came on stage at the end, hugging each other and waving to the crowd.

The concerts, which officially begin on Friday, are part of a hugely successful comeback for the band, who topped charts last November with “Voyage”, their first album in 40 years.

Formed in 1972, ABBA won legions of fans around the world and has sold an estimated 385 million records.

They split in the early 1980s, with rumours swirling for years they would reunite on stage.

“ABBA has never left us,” Faltskog told one reporter.

Asked if this was it for the band, Lyngstad told Reuters: “Depends how long we stay alive… If we are lucky.”

“I don’t think we’ll do another one… Definitely no but never say never,” Andersson added.