Take a chance on me: ABBA pass the torch on to avatars | Inquirer Entertainment
Close
menu
search

Take a chance on me: ABBA pass the torch on to avatars 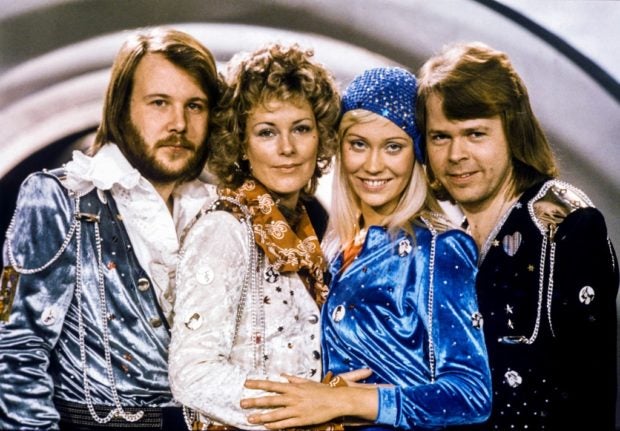 In one of the longest awaited musical reunions, Swedish pop legends ABBA return to the concert stage on Friday in London, but only as avatars of their 1970 selves shimmering with shiny costumes, glitter and platform boots.

While fans will hear the quartet’s real voices, the band will not be on stage. Concert-goers will see “ABBAtars” projected as holograms, looking like they did at the peak of their fame.

“We put our hearts and souls into these avatars and they will take over now,” 77-year-old band member Bjorn Ulvaeus told AFP in an interview in Stockholm ahead of the premiere.

Fans will once again be able to see Agnetha Faltskog, Bjorn Ulvaeus, Benny Andersson and Anni-Frid Lyngstad—whose first initials form the name ABBA — perform hits from the 1970s and 1980s, as well as their recent comeback album, at the “ABBA Voyage” show in London.

The group announced the reunion in September last year, dropping the new singles “I Still Have Faith in You” and “Don’t Shut Me Down.”

They then released the 10-track album “Voyage” two months later and announced plans for the high-tech concert at a specially built London arena.

Other attempts at concert holograms have received lukewarm reviews, but the group hopes fans will feel they’re seeing the real deal.

“This is one of the most daring projects that anyone has done in the music industry ever,” said Ulvaeus, who wrote most of the group’s biggest hits with Benny Andersson.

“How it will be received by the audience, I don’t have a clue,” he said. “But I think that they will feel an emotional pull from the avatars, they will see the avatars as real people.”

In addition to re-recording their songs for the show, the quartet also spent hours in a studio dressed in leotards, having their movements digitally recorded to reproduce them on stage.

The avatars will appear in the band’s kitsch 1970s outfits and are also expected to don futuristic get-ups, according to trailers.

The show will run seven days a week until early October in the purpose-built theatre ABBA Arena in east London.

“I don’t know about the others but, me, myself, I felt more nervous a month ago than I do now,” Ulvaeus said. “I know that we have done our utmost.”

The holograms are the product of a years-long project, designed in partnership with a special-effects company founded by Star Wars creator George Lucas.

The concert was recorded using 160 cameras and five weeks of performances.

For Ulvaeus, who is also setting up a circus musical in Stockholm about Pippi Longstocking, the main character in an eponymous series of children’s books by Swedish author Astrid Lindgren, the overwhelming amount of archival ABBA footage means it is not strange to see his 40-year-younger self on stage.

“For most people it will be weird perhaps, but I have seen my younger self almost daily, all my life. Ever since we broke up, in some form or other, in some pictures somewhere,” he said. “So I am kind of used to ‘him.’ He is almost like someone else—he is me yes, but he is also someone else. And when I see my avatar on stage, it really becomes a mixture: It’s as if I have kind of infused life into this guy that we see on the screen.”

ABBA broke onto the international scene in 1974 when they won the Eurovision Song Contest with “Waterloo,” powered by a flood of British votes.

They went on to record a string of hits including “Gimme! Gimme! Gimme!”, “Dancing Queen” and “The Winner Takes It All,” before breaking up in 1982.

They long steered clear of a reunion despite their music’s enduring popularity, fueled by a hit compilation album in 1992, the “Mamma Mia!” movies starring Meryl Streep, Colin Firth and Pierce Brosnan, and a spin-off musical.

The country remains the third-biggest exporter of music after the United States and Britain.

In London, concert-goers will be treated to a 90-minute show, with a dozen live musicians on stage backing up the avatars.

Will the quartet ever perform together again for real?

“ABBA has no plans. It is what it is,” Ulvaeus said. DC