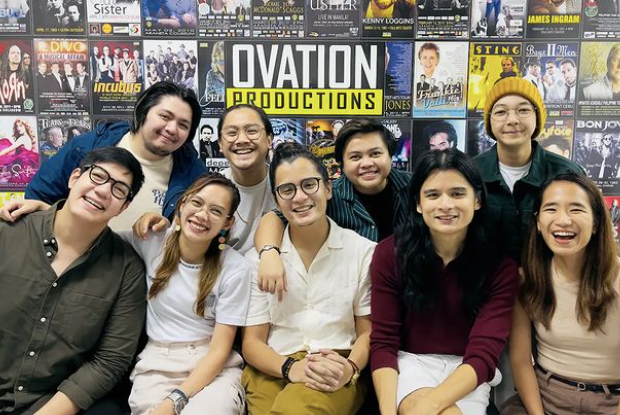 Ben&Ben is about to serenade fans with a “major” concert at CCP Open Grounds, ahead of its tour in the United States and Canada in September.

The nine-piece folk pop band announced its upcoming concert while showing its members on its Instagram page last Sunday, May 22.

“Save the date! Major sendoff concert this Sept. 3. CCP Open Grounds,” Ben&Ben told fans. “This is a sendoff before we fly for our U.S./Canada Tour. Hope to see you there!”

The concert will be produced by Ovation Productions, which has yet to release further details about it.

“The band is 2020 and 2021’s most streamed Filipino artist on Spotify with over 1.2 billion streams. Finally promoting a Filipino artist is a much awaited first for Ovation Productions,” it stated.

Ovation Productions proudly presents Ben&Ben. The band is 2020 and 2021's most streamed Filipino artist on Spotify with…

Posted by Ovation Productions on Saturday, May 21, 2022

Ben&Ben announced in a teaser last April that it will be holding its first tour in the US and Canada. The band is set to play in Los Angeles, San Francisco, Washington and New Jersey in the US, and in Toronto and Calgary in Canada.

Earlier this month, Ben&Ben released the song “Paninindigan Kita,” as well as collaborated with the P-pop group SB19 for a performance video of their song “Kapangyarihan.”

Ben&Ben is known for its hit tracks “Leaves,” “Araw-Araw,” “Upuan” and “Sa Susunod na Habang Buhay,” among others.  /ra