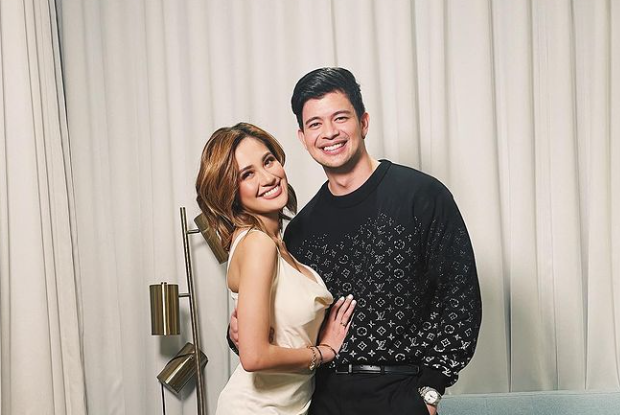 Julie Anne San Jose appears to be more comfortable in showing affection to actor-dancer Rayver Cruz, as she sent him “melting” and “holding back tears” when she called him “crush.”

The pair’s interaction started when Cruz showed a photo of the singer and called her “crushee” on his Twitter page last Thursday, May 19.

“Hi crush,” San Jose replied to Cruz on the same day, to which the actor responded with a holding back tears and melting face emoji.

San Jose also wished Cruz an enjoyable trip in Canada, as he is there on a tour with Miss Universe 2018 Catriona Gray, actor Sam Milby and singer Marcelito Pomoy.

“Come back home, wait kita (I will wait for you),” San Jose told Cruz.

“Yes balik ako agad (I will be right back),” he said, along with kiss and heart emoji.

Cruz and San Jose are yet to confirm or deny whether they are in a relationship.

Meanwhile, they recently sent “kilig” to fans with their covers of Tom Petty’s “Free Fallin'” and Ed Sheeran’s “Photograph,” among others. The actor also appeared to have made public his feelings for San Jose during her recent birthday celebration.

Speculations about a romance between Cruz and San Jose circulated around November 2021, when the actor reportedly called it quits with actress Janine Gutierrez. The two did not release statements on the supposed breakup, although Cruz clarified that there was no third party involved in it and he has already moved on.

Despite the speculations and being teased by fans and fellow celebrities, San Jose stressed that she only has a good working relationship with Cruz.  /ra