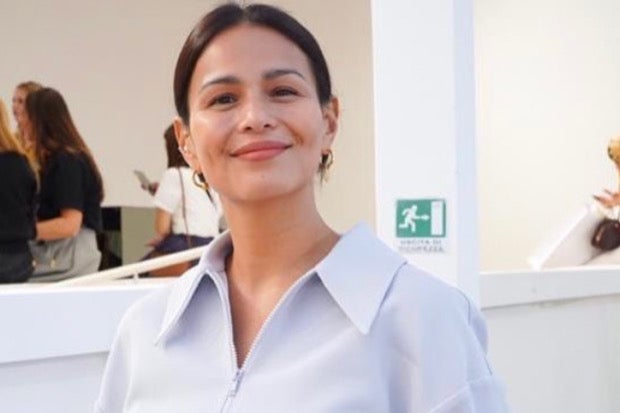 Iza Calzado spoke about how the recent elections taught her to accept defeat, stating that she is now entrusting her hopes on the elected candidates.

The actress showed snaps of herself during one of the campaign rallies of presidential candidate Vice President Leni Robredo and her running mate Sen. Francis “Kiko” Pangilinan, as seen on Calzado’s Instagram page yesterday, May 15. Joining Calzado in the event were her husband Ben Wintle, and fellow celebrities Jake Cuenca and Gabby Padilla.

“To accept defeat with dignity and grace and a heart filled with hope is what this election season has taught me. I have the utmost respect for the leaders I voted for after seeing them handle their loss,” she said.

Calzado then extended her prayers to the candidates who will be seated in position, while also thanking fellow supporters who she met during the campaign period.

“I now put my faith in the current elected administration and, with a hopeful heart, I pray for them as they do their duty to lead our country,” she said.

“It was so inspiring to see this awakening of the Filipino spirit. I will treasure it forever,” she added. “Now, we must stand strong, united for the Motherland. We must push for progress, peace and prosperity as ONE.”

According to the partial and unofficial count by the Commission on Elections (Comelec), Ferdinand “Bongbong” Marcos Jr. is leading the presidential race with over 31.09 million votes while Robredo has 14.81 million votes, as of writing. JB

Iza Calzado recalls messing up a scene with Cherry Pie Picache: ‘I was very intimidated’