Disney path to subscriber success is outside US; way to profit less clear | Inquirer Entertainment

Disney path to subscriber success is outside US; way to profit less clear 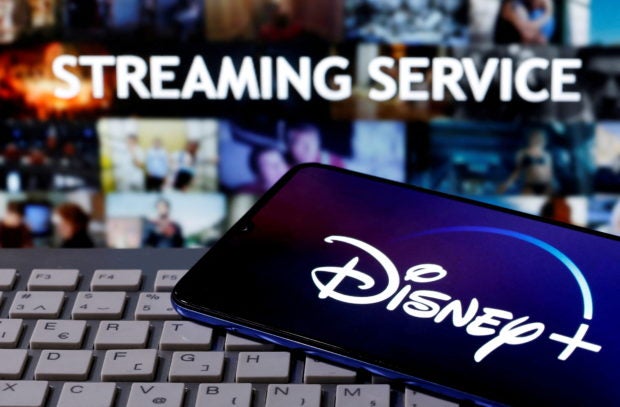 A smartphone with displayed “Disney” logo is seen on the keyboard in front of displayed “Streaming service” words in this illustration taken March 24, 2020. Image: Reuters/Dado Ruvic

Walt Disney Co.’s quarterly results show a path for signing up a quarter billion subscribers: international expansion. But furious growth in customers outside the United States is not so certain to bring bumper profits.

Disney’s streaming gains surpassed Wall Street’s estimates for the company’s marquee Disney+ video service, but the costs of the business left some investors and analysts unimpressed.

The stock fell 3% to $102 a share after the company reported its second quarter results Wednesday, reflecting a new skepticism about the streaming business in the wake of Netflix’s recent stumbles.

“Sure Disney added more subscribers than Netflix. On the other hand they lost a lot of money to get there,” said LightShed Partners media and technology analyst Richard Greenfield. “Wall Street is increasingly focused on profits.”

Disney+ ended March with 138 million subscribers, up 7.9 million from the previous quarter. The service is poised to launch in 42 countries this summer, said one Disney source, expanding its global reach to 106 countries. It will produce roughly 500 shows in local languages around the world to attract subscribers in these markets.

Chief executive Bob Chapek said Disney+ is on track to reach the company’s projected target of 230 million to 260 million subscribers by September 2024.

But more than half of its quarterly subscriber gains came from Disney+ Hotstar in India, where subscribers pay an average of 76 cents a month. In the United States, customers pay $6.32 on average.

Operating losses for the company’s streaming business, which also includes ESPN+ and Hulu, rose to $877 million in the quarter, triple the loses from a year ago, reflecting higher programming and production expenses. Spending on programming is expected to increase by more than $900 million in the third quarter, as the company invests more deeply in original content and sports rights.

“We believe that great content is going to drive our subs, and those subs then in scale will drive our profitability,” said Chapek during an investor call. “So we don’t see them as necessarily counter. We see them as sort of consistent with the overall approach that we’ve laid out.”

Paolo Pescatore, an analyst with PP Foresight, predicted Disney+ will continue to grow as it expands to new markets, and offers enticing content to stream, such as the Oscar-winning animated film “Encanto.” But that may not be a financial success.

“It is apparent that there is too much focus on net adds for all providers,” Pescatore said. “Unfortunately given the nature of streaming, there will be high levels of churn which will impact all providers. This in turn will hit revenues and the bottom line.” JB

CNN to close streaming service after one month