Miss Universe PH Celeste Cortesi honored by BF after coronation: 'She was bound for the crown' | Inquirer Entertainment

Miss Universe PH Celeste Cortesi honored by BF after coronation: ‘She was bound for the crown’ 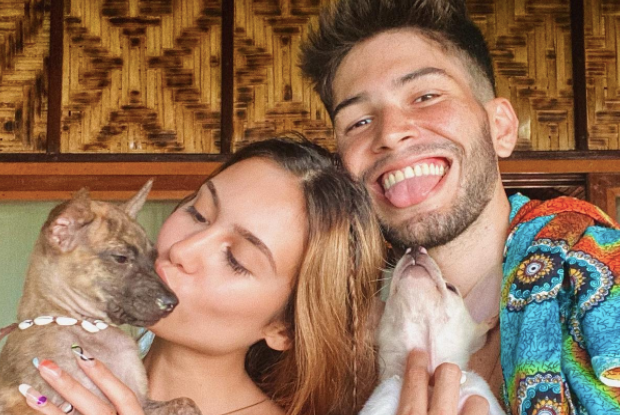 Miss Universe Philippines Celeste Cortesi has received a tribute from her boyfriend, Philippine Azkals player Mathew Custodio, after she was crowned in the national pageant.

The football player called Cortesi “my queen,” as he expressed how proud he is of her via his Instagram page last Tuesday, May 3. He also showed the beauty queen’s crowning moment last April 30.

“To see you with the crown on that stage gave us all extreme chills… you were stunning!” Custodio said. “On behalf of everyone else that had known her before she began the official journey for the Miss Universe, we’ve always known she was bound for the crown.”

“We’ve seen her grow, we’ve seen her inspire the people she meets not just by words [and] actions, but by simply carrying her values, her upbringing,” he added.

Custodio described Cortesi as a person who “keeps her feet on the ground” and “stands consistently true on honesty, loyalty [and] perseverance.”

“As crazy as this may sound, we’ve witnessed the universe align towards you. You are a magical human being and you were raised to do good things. You didn’t have to be a panelist nor a front row judge to see that she possesses the attributes of a true, regal queen,” he told fans.

Custodio then admitted that he feels “very blessed” to be loved by the newly crowned queen, as her love reminds him of the “greater meaning [and] purpose in our lives.”

“I cannot wait for our country [and] the whole world to feel the love you are about to share. It needs it,” he said.

Cortesi, who represented Pasay in Miss Universe Philippines, was crowned in the pageant held last Saturday, April 30, at the Mall of Asia Arena.