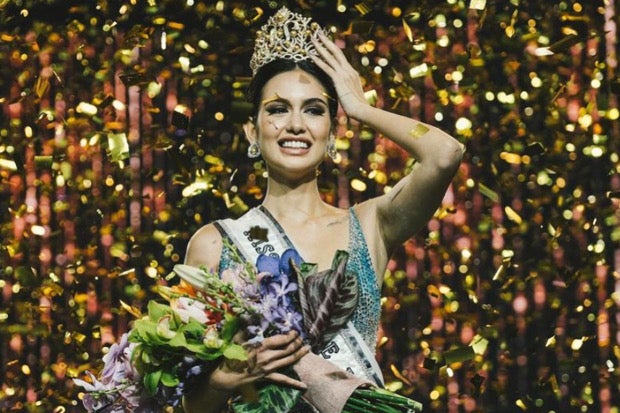 Miss Universe Philippines 2022 Celeste Cortesi recounted her journey before winning the crown, describing the achievement as her “second chance.”

Cortesi spoke about how her mind was full of thoughts of her parents during the pageant, adding that the strength they gave her was “indescribable,” as per her Instagram page today, May 1.

“[I have] worked so hard for this, [I have] prepared. And I let God do the rest in knowing that whatever is meant for me will never pass me by,” she said.

The Filipino-Italian beauty queen, who was also named Miss Philippines Earth in 2018, looked back on the promise she made to herself which she was able to fulfill.

“[I have] grown so much since I came to the Philippines [five] years ago and I really promised myself that I would only join a pageant if ready to take the responsibility of a crown, and I am now,” she stated. “Yesterday, I’ve received my second chance and I am beyond honored and grateful to be able to represent my country in the [Miss Universe] stage.”

Cortesi then expressed her hopes of inspiring others while noting that she will be dedicating a separate post to the people that have been a part of her journey and whom she wants to thank.

“I hope that with my story I can inspire so many to never give up on their dreams because [through] hard work, perseverance and faith you can achieve anything you want,” she added.

Read Next
Country star Naomi Judd dies at age 76
EDITORS' PICK
High inflation: Your P1 is now worth only 87 centavos
UK’s Boris Johnson will resign, BBC reports
High-risk pregnancy: Reducing your risk is in your hands
Geek out at TOYCON 2022 powered by Smart Signature
House energy committee chair Arroyo bats for cheap electricity
Unemployment rate up to 6% in May
MOST READ
Suspect in grisly killing of missing woman in Bulacan arrested
Kim Atienza’s daughter flaunts bikini body in response to critics of her ‘revealing photos’
Japanese artist who created ‘Yu-Gi-Oh!’ found dead in the sea
UK PM quits as Conservative leader
Don't miss out on the latest news and information.