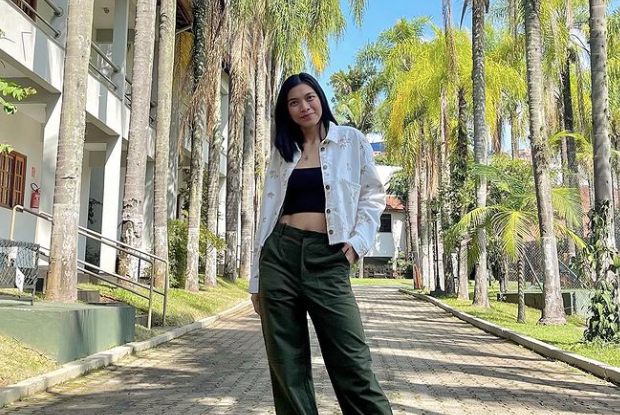 Alyssa Valdez has recalled her experiences in the Pinoy Big Brother (PBB) house after giving up her spot in the reality show’s final six.

The former housemate and player for the Philippine women’s volleyball team described her time in the show as “quite an experience” via her Instagram page yesterday, May 2. She also showed moments from her stay in the PBB house.

“It was really quite an experience being inside the PBB house. Got to learn so much from laughing so hard because I plucked ate [Brenda Mage’s] armpit hair to crying because Kuya asked [us] to choose success over family. There’s also rapping, dancing, acting, cooking and a lot more!” she said.

Valdez added that what she really cherishes from her time in PBB was meeting her fellow housemates.

“But what I treasure the most is being able to meet people I can call real and close friends. From different fields, it’s all about coming together to create amazing memories inside the house,” she told fans.

Valdez thanked Big brother for her experiences as a PBB housemate, teasing they should collaborate “soon.”

Valdez then expressed support for beauty queen and fellow housemate Samantha Bernardo, who will be taking her place in the PBB final six.

“To sizzy [Samantha Bernardo] we’re all here to support you! Just enjoy and be yourself!” she told Bernardo.

Valdez decided to drop out of PBB’s final six to compete in the upcoming Southeast Asian Games, which is slated from May 12 to 23 in Vietnam.

The final six of “Pinoy Big Brother: Kumunity Season 10” is made up of two housemates each from its celebrity, adult and teen editions.

Valdez was hailed as one of the top two celebrity housemates last January, alongside singer Anji Salvacion. This edition’s Adult Kumunity top two Isabel Laohoo and Nathan Juane were named last March, while the teen edition is still ongoing and yet to have its top two.  /ra