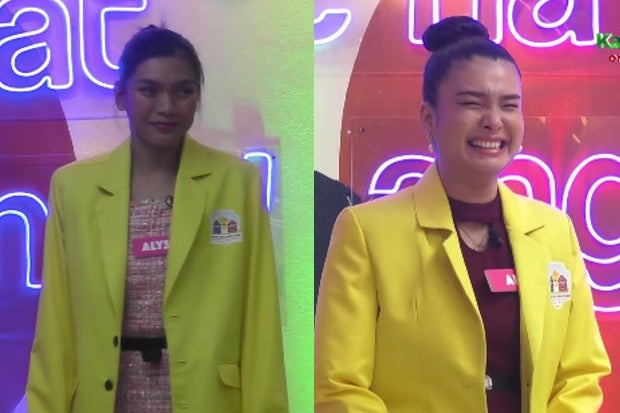 The professional volleyball player and the singer received the highest number of “save” votes among the reality show’s final five, as per Pinoy Big Brother’s Twitter page, also yesterday.

Valdez garnered 22.63% of the votes while Salvacion had 13.60% of them. Eliminated housemates Samantha Bernardo and Madam Inutz trailed along with 13.53% and 13.03% of the votes respectively. Brenda Mage received the lowest number of votes, getting 2.84%.

(Alyssa and Anji, I’m congratulating both of you for proving that with skill, strategy, fellowship and staying true to yourself and others, it is not impossible to reach your dreams.)

He then remarked how much of an inspiration Valdez and Salvacion have been to the show’s viewers.

(Thank you for sharing your kindness and for giving inspiration to our Kapamilya. I am very proud of you two as celebrities and as housemates. Again, congratulations on being our Celebrity Kumunity Top 2.)

Valdez and Salvacion still have not exited the Pinoy Big Brother house. The show has been announcing its next batch of “adult” housemates since Dec. 27.

The latest season of Pinoy Big Brother started in October of last year. They will be welcoming celebrities, adults and teens as contestants. JB