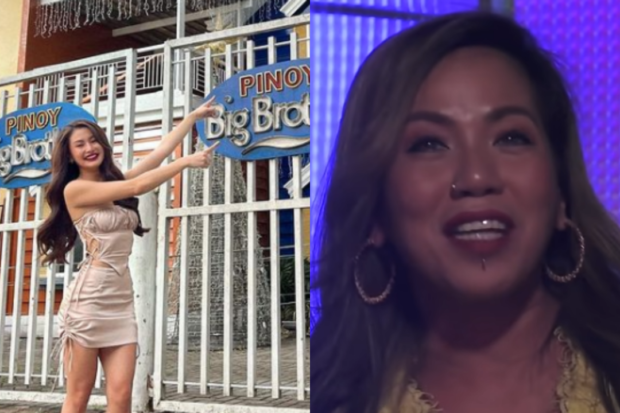 Chie Filomeno has questioned her fellow “Pinoy Big Brother” housemate Madam Inutz for the latter’s earlier remark that Filomeno only had her looks to contribute in the reality TV show.

The internet personality voted Filomeno for nomination earlier in the show’s season because the actress supposedly has nothing to contribute to the PBB house, apart from her looks. Madam Inutz had to explain further her reason behind nominating Filomeno in PBB’s “Final Tell All” episode yesterday, Dec. 31.

(Madam, we were together every day. I just want to know, why did you say that I have nothing to contribute to Big Brother’s house aside from my looks? We know that I gave my all in tasks.)

Madam Inutz then explained that she chose to nominate Filomeno because she believes the actress will still have opportunities outside the PBB house even if she does not become big winner.

(When it comes to beauty and sexiness, all the offers that there may be outside the Big Brother house, you have it, so I [nominated] Chie. I know that she only has her looks to contribute and I know that her life will be beautiful outside.)

Madam Inutz also admitted that she felt shocked while inside the confession room back then and she was confused as to how she should explain her vote.

“Siyempre wala na akong masabi. Kumbaga, kung nasa loob tayo ng confession [room], minsan nawawala tayo sa sarili,” she said. (Of course I was at a loss for words. That is, when we’re inside the confession room, sometimes you become absent-minded.)

Upon being evicted from the PBB house, Filomeno kept herself busy with various projects such as being a 2022 calendar girl and being a judge for the “It’s Showtime” segment “Showtime Sexy Babe.”

Madam Inutz is part of the PBB Kumunity celebrity final five, alongside Anji Salvacion, Samantha Bernardo, Brenda Mage and Alyssa Valdez. Instead of only one big winner, two people will emerge victorious in this edition.