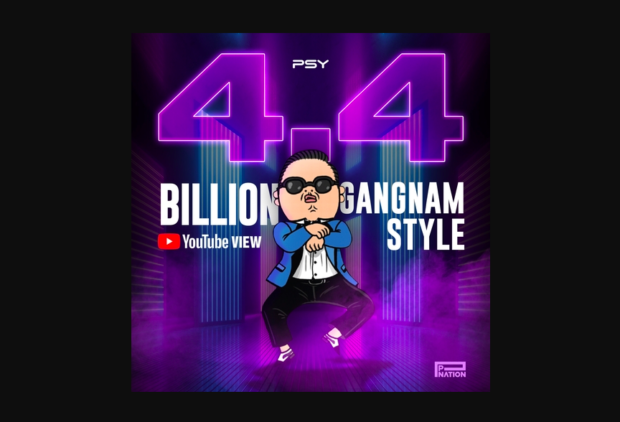 “Gangnam Style,” a 2012 global sensation by South Korean singer-rapper Psy, reached another milestone Friday as the song’s popularity has continued for more than a decade.

The music video for the song exceeded 4.4 billion streams on YouTube on Thursday, the singer’s management agency P Nation said the following day. The feat was achieved three months after the video reached 4.3 billion views.

The song made him the first K-pop act to rise to no. 2 on the Billboard’s Hot 100 main singles chart. Psy spent a total of seven weeks in the position.

Its music video became the first video to exceed YouTube’s view limit when it surpassed two billion views in May 2014, prompting the service to upgrade its counter. The video later surpassed three billion in November 2017 and four billion in March last year.

Aside from “Gangnam Style,” Psy has a strong presence on YouTube with the videos for “Gentleman” and “Oppa is Just My Style,” attracting more than 1.4 billion and 800 million views, respectively. Another of his hit singles, “Hangover,” has garnered more than 300 million streams.

Psy is scheduled to return to the music scene with “Psy 9th,” his ninth full-length album. It is a 12-track package led by “That That.”

Suga, a member of K-pop supergroup BTS, participated in the song’s production as a co-producer and a featured artist. He also appeared in the song’s music video, according to the agency. (Yonhap)/JB