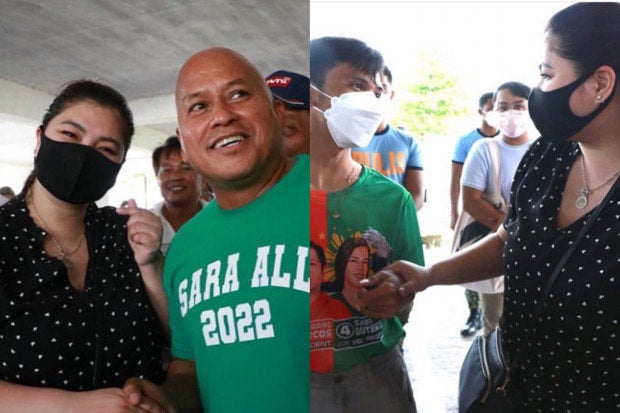 Locsin shook Dela Rosa’s hand while posing for a photo, as seen on her Instagram page yesterday, April 19. The actress was accompanied by her husband, businessman-producer Neil Arce, who was beside her during her encounter with the senator.

Locsin, a vocal supporter of Vice President Leni Robredo, can also be seen greeting a supporter of another presidential candidate, Ferdinand “Bongbong” Marcos Jr. and his running mate Sara Duterte-Carpio.

The actress interacted with the residents as well as posed under a tarpaulin of Robredo and her running mate Sen. Francis “Kiko” Pangilinan, along with other “kakampink” supporters.

This is not the first time Locsin and Dela Rosa encountered each other as they have already met each other in 2017, with Dela Rosa stating that he had a crush on the actress.

Locsin, who is known for her philanthropic work, was earlier spotted in Baybay City Senior High School and barangay Bunga, Baybay City handing out relief packs to evacuees. JB