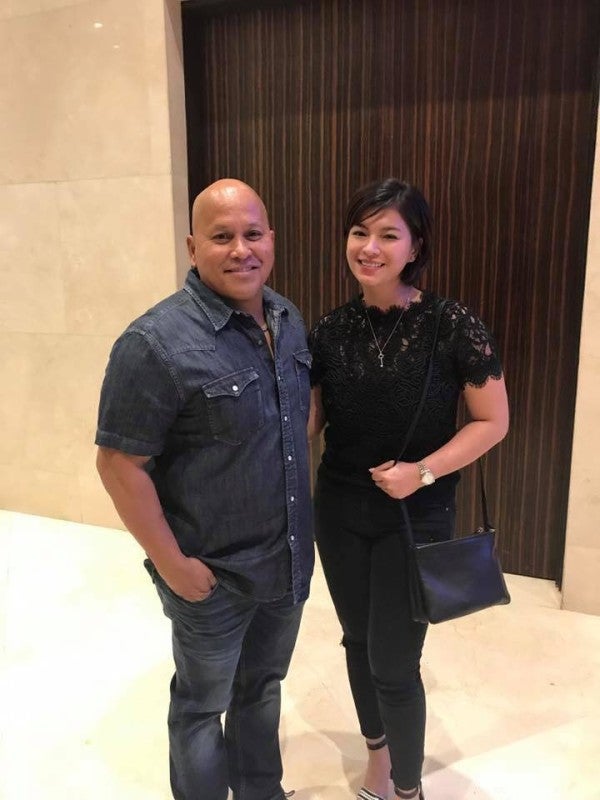 Dela Rosa on Saturday posted on his official Facebook account a photo of him with the actress.

“With the permission of my wife, I’ve finally met my crush, Angel Locsin,” the caption of the photo read.

Some netizens poked fun at, while others appreciated the police chief’s courtesy to his own commander—his wife.

“Thanks for acknowledging always your wife… Fil men can follow your example. It also protects you, also your wife and children – the people that matter to you first and foremost,” netizen Mila Jucutan said.

Others congratulated Dela Rosa for his “dream come true,” while others noted that “Darna,” the iconic role played by Locsin, has finally met her “bato.”

However, there were also netizens who did not like Dela Rosa’s penchant for attending events and hobnobbing with celebrities, saying that the police chief should instead focus on more pressing matters. IDL