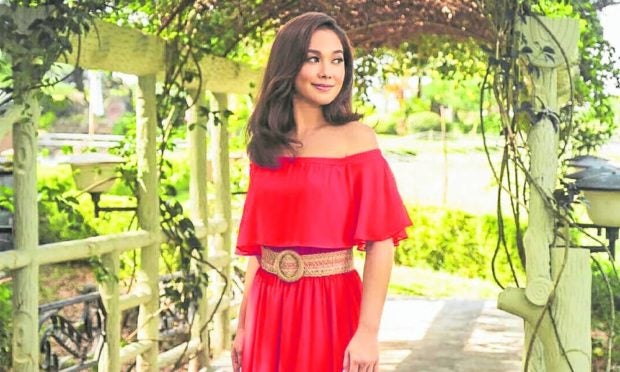 The 33-year-old actress recently signed up a contract with TV5, where she is expected to work first on a sitcom, and then a drama series, and lastly, a film, starting in the third quarter of 2022.

“I work on every project as if it’s my last. I give it my all. I perform with the same level of eagerness as if I was just auditioning for it. My reason for this is that we always have new actors around. We can discover talents even on social media. Also, after each project, I assess the job I did and see what else I can offer,” she pointed out.

Maja said this doesn’t just apply to her work but also to how she deals with people around her. “I make sure to show them how grateful I am for their support. To be honest, I don’t know how I am able to juggle all of the things I’m involved with right now. It helps that I have the best team in Crown (where she is also CEO). Whatever needs to be done, we help each other accomplish it. We sit down and discuss,” she said.

“As for Rambo, he knows how dedicated I am to my work so he is very patient with me,” Maja said of her boyfriend of two years. “He is also very supportive. He would visit me on the set even if the location is high up in the mountains. I’m thankful to my teammates because they are able to make adjustments to grant my request.”

She continued: “I know there’s no such thing as ‘perfect’ but I’m assuming that [what Rambo and I have] is the perfect combination. We dated before and then broke up but have gotten back together today. This time, we already know what we want to do with our lives so we try to support and love each other no matter what happens. I noticed that we’ve never had any major fights, and whatever problems we’ve had, we always decide to talk about them and find solutions to them immediately. What’s best about him is that, even though we’re business partners in Crown, he makes me feel that I’m still his girlfriend.”

Asked if she would be willing to take the relationship to the next level (getting married), the actress replied: “Let us please not put Rambo on the spot right now. Whatever needs to happen will happen eventually. Ever since we started dating again, we’ve graciously shared with you our story. Don’t worry, you will definitely know when the time comes.”

“Niña Niño,” Maja’s drama-comedy show has been airing on the Kapatid network for a year now. It is a co-production of Cignal Entertainment, CS Studios, and Spring Films.

Maja then explained what drew her to the series: “This is because the story is very relatable. This can happen in real life. It’s true that you can’t make everyone believe that there’s a God. It’s easier to tell them that miracles happen every day, we just don’t notice a lot of them because we’re too busy with day-to-day stuff.”

She further said: “It’s just amazing how Cignal and TV5 are able to provide us what we really needed during the pandemic. This show isn’t just drama, it tries to strike a balance by including comedy in it. This way, you relate to all the characters, you fall in love with them.”

The series won Maja and its producers the best actress and best drama series honors, respectively, at the 2021 Asian Academy Creative Awards. For the coming episodes, Maja asked the audience to focus on her character Niña. “She feels pain and anger but she hides them. Nobody knows this because people see her as a very jolly person. Also, her faith will be challenged soon.”

Maja will begin working on the sitcom as soon as “Niña Niño” ends. However, she claimed to be more excited with the teleserye because this would require “physical, mental and emotional preparations. I will portray a performer here, but not the usual kind. This promises to be more intense than anything I’ve done before,” she declared.

The movie, meanwhile, will begin production during the fourth quarter of the year, Maja reported. “Just like what RPG said, ‘bawal magrelax!’ I’m enjoying this partnership between Crown and TV5. I’m excited because I’ll be doing one project after the other and they all have different genres. This is thrilling for me,” she added.

Maja said she would still be working with the “Niña Niño” team led by Thop Nazareno as director. As for her onscreen partners, she would have two. “The first one, I’ve already worked with. He could be someone who appeared in ‘Niña Niño’ as a guest. The other one, I almost did a project with him before,” said Maja when asked to give some clues to their identities.TV5 has given Maja a new title, The Majestic Superstar, which she admitted to still feeling uncomfortable with. She likewise admitted that this adds more pressure on her shoulders to do better. She claimed that her status now in show business as an A-lister was something she never envisioned for herself before.

“To be honest, this is already too much. I remember that when I was just starting, I would sign my name on the second page of the attendance list. All the big-named actors are on the front page. In my mind, I said, ‘One day, I’d also be the bida and my name would also be on the front page,’” she recalled. “Also back then, film production teams would write the name of their lead stars in container boxes, as in ‘Piolo Pascual movie.’ I also said I’d see my name in a film container box someday.

“Fast forward to today, a lot has happened to me. I’m so grateful. I’m thankful for the title given to me. It’s just that, sometimes, I’d ask myself, ‘Do I deserve it, especially since there are a lot of good artists out there?’ But then, if this is what’s given, I’d say ‘thank you’ and promise to do my best to protect this title.”