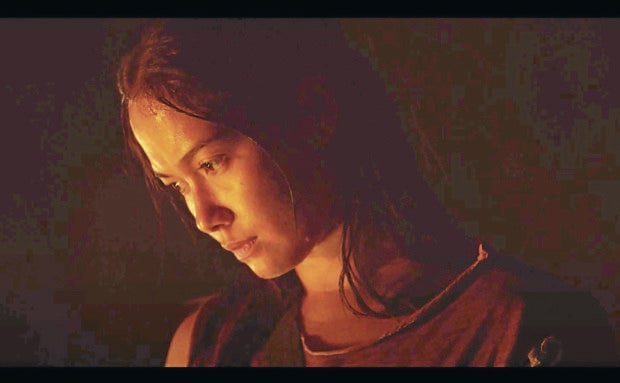 She’s a Take 1 actress while I had to repeat my scenes for three to five times,” said actress Maja Salvador, who had to work closely with first-time actor, Shella Mae Romualdo, for Mikhail Red’s revenge-themed action movie “Arisaka.”

“It helped that Shella Mae and I attended a workshop prior to the shoot. I liked it that it was so easy to work with her, considering that this was her first film,” said Maja during a recent special screening of “Arisaka” at the Ayala Circuit Cinemas in Makati City.

Mikhail met Shella Mae, who is a full-blooded Aeta, for the first time at an acting workshop organized for nonactors tapped to appear on the film. He said Shella Mae wasn’t the first pick to play Nawi, the mysterious girl whom Maja’s character eventually meets in the forest. 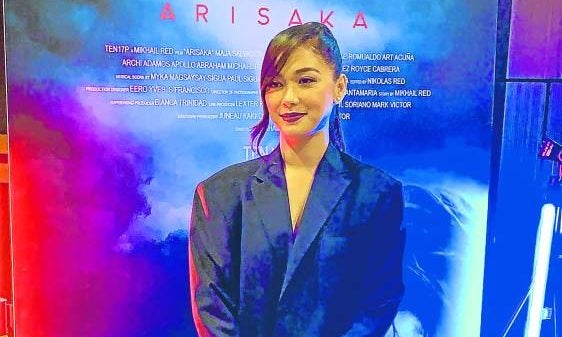 Salvador at the special screening of “Arisaka”

“Shella Mae was able to watch my teleserye, ‘Ina, Kapatid, Anak’ and she liked my character Margaux. She didn’t recognize me [at first] because Mariano, my character in ‘Arisaka,’ always looked grimy and bloodied on the set while Margaux was always made up and was always wearing high heels. When I explained it to her, she said, ‘Ay kilala pala kita.’ She’s so funny,” Maja recalled, laughing.

Playing policewoman Mariano in the movie, however, was not something to laugh about, Maja pointed out. “I had to do a lot of action scenes. I guess I was able to do them because being an action star is in my blood, since I am Phillip Salvador’s niece. What was difficult was that I had to do the scenes several times for different camera angles and I had to be consistent in my performance. Once the director said, ‘action!’ I had to really jump into the scene, especially if it’s a scene with Kuya Mon (Confiado, who plays the villain Sonny). He’s such an intense actor,” she quipped.

While Mon felt excited about this particular movie since he had to speak poetically phrased lines, Maja, on the other hand, felt challenged because she hardly has any speaking lines. “I liked the script right away, but in my mind, I asked, ‘How can I effectively portray my character with almost no lines?’ I had to make sure the audience is still hooked on Mariano. I was glad that Direk Mik helped me a lot in terms of creating her.” 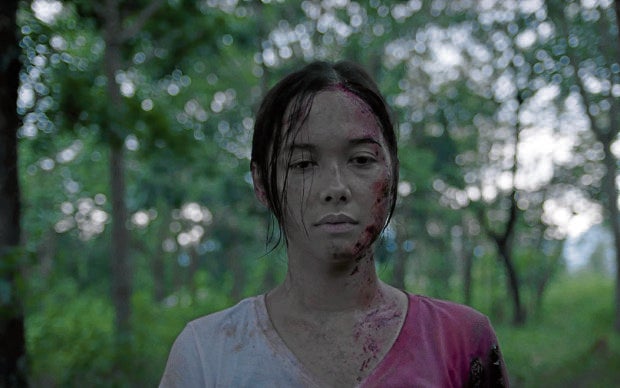 Maja explained why “Arisaka” is a project that she couldn’t say “no” to. “First of all, it’s directed by a critically acclaimed artist. Second, it’s produced by Ten17P, the team that gave me an Urian best actress for ‘Thelma.’ They have a special place in my heart,” she said. “Third, I accepted the role because it talks so much about women empowerment.”

She further said: “In the movie, Mariano falls down several times but continues to get up. She is also very principled. She has a mission and she doesn’t stop until she is able to fulfill this. Just like her, we all have personal missions. We don’t just stop when we already feel tired of working to accomplish this.”

“I’d say ‘yes’ to a project if I am able to relate to the character, if I am curious about her and I want to experience being her,” she added.

“Arisaka” premiered at the 2021 Tokyo International Film Festival in Japan. Maja said she felt touched by the positive feedback it has received there. “I got to read writeups from different publications in different countries. I feel proud that they appreciate ‘Arisaka,’ that we are able to make another movie that is of global standards.”

The film has been streaming in Asia since Dec. 9. “This news makes me feel inspired to make more films. We are now able to showcase our work not just through the networks we’re affiliated with but also through these streaming platforms. For us actors, this means we can do a whole lot more, even though most cinemas in the country remain closed because of the pandemic. For an actress like me, to be featured on Netflix is a huge achievement. This means that I get to reach a bigger audience,” she pointed out. 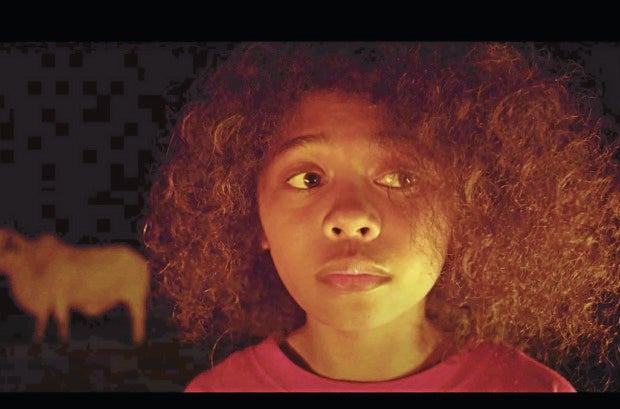 “The year 2022 will be very exciting. A lot of new names will be included in our roster. We’re so thankful to John Lloyd and Jasmine for trusting us. People became more curious about our company when these two decided to join us. I’m grateful to the fact that, in this industry, we’re all trying to help each other,” she said. INQ