From stage to Sundance: Sheila Francisco in uncharted territory 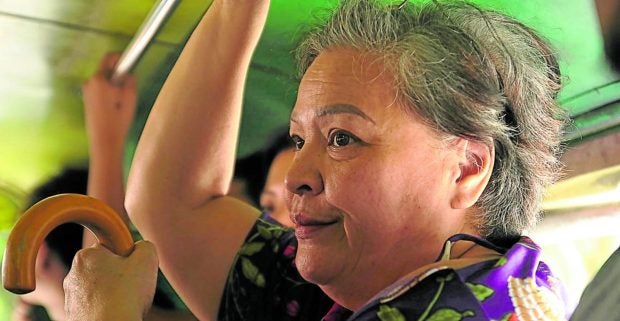 She held on to this big secret and waited with bated breath to spill the beans for two weeks. But for seasoned theater actress Sheila Francisco, best remembered for playing Bloody Mary in the Rodgers and Hammerstein musical “South Pacific” (“Some Enchanted Evening,” “Happy Talk”) in the 2000s at the National Theater in London, it was a secret worth keeping.

Now it can be told: Sheila’s rare foray into films — she plays the lead role of Leonor Reyes in Martika Ramirez Escobar’s feature film “Ang Pagbabalik ng Kuwago” (Leonor Will Never Die) — didn’t just require her to run, jump and fall, it is set to take her way beyond shooting in warehouses with bats.

Sheila’s brand-new thespic adventure just might take her on a trip to Park City, Utah, to grace the movie’s in-person world premiere on Jan. 22 at the 38th Sundance Film Festival.

Sundance, the largest and most prestigious independent film fest in the United States that boasted about 47,000 attendees in 2016, is set to hold its 38th edition from Jan. 20 to 30. For the most part, Sundance has been a tough nut to crack for Pinoy filmmakers.

“Leonor,” shot from July to September in 2019, will vie for top honors in the World Dramatic Competition section.

Inquirer Entertainment had a very early chat — yup, before 7 a.m. — with Sheila last Friday when news broke about the film’s Sundance feat, and we couldn’t be happier for the actress and the consistently inventive team behind Arkeofilms (“Big Time,” “Mansyon,” “Apocalypse Child”).

Asked what her reaction was when she heard about her film making it to Sundance, Sheila said, “I was completely bonkers! I could not decipher anything else my director was telling me after I heard ‘Sundance.’

“Marty (Martika) was pretty sneaky when she told me over the phone, ‘Tita we are finally having the premiere of our little movie next year.’ Me: Oh that’s great news (thinking maybe New Frontier or SM Aura).

“In my mind, I was already thinking of inviting my family and friends. Then, she said, ‘But we might have to travel nga lang.’ Me: Travel? Why? Where? Then, she broke the news, ‘To Sundance!’ I said, ‘Are you serious? Are you serious?’—with matching elevated vocal decibels and tears.

“Marty shared this with me two weeks ago, but I was not allowed to share the news with anybody until Sundance made the official announcement. I swear it was excruciating keeping it a secret. But now that it’s official, I can breathe easy. I am extremely proud of our film and very grateful to Monster Jimenez, Mario Cornejo, and Marty for believing in me. I am thrilled to no end that my first red-carpet walk will be in Sundance!”

Our Q&A with Sheila:

Can you talk about your character Leonor Reyes and how a theater actress ended up playing this lead role in a feature film?

Leonor was the only female action-film screenwriter in the ‘80s. She runs into a number of mishaps, even losing a son in an accidental shooting in one of her movies. She retired from writing and lived a difficult life.

At 72, she decides to give it another go after seeing an ad for a competition in the newspaper. While writing, she meets an accident and falls into a coma. In this state, she is transported to the action film she’s trying to finish. 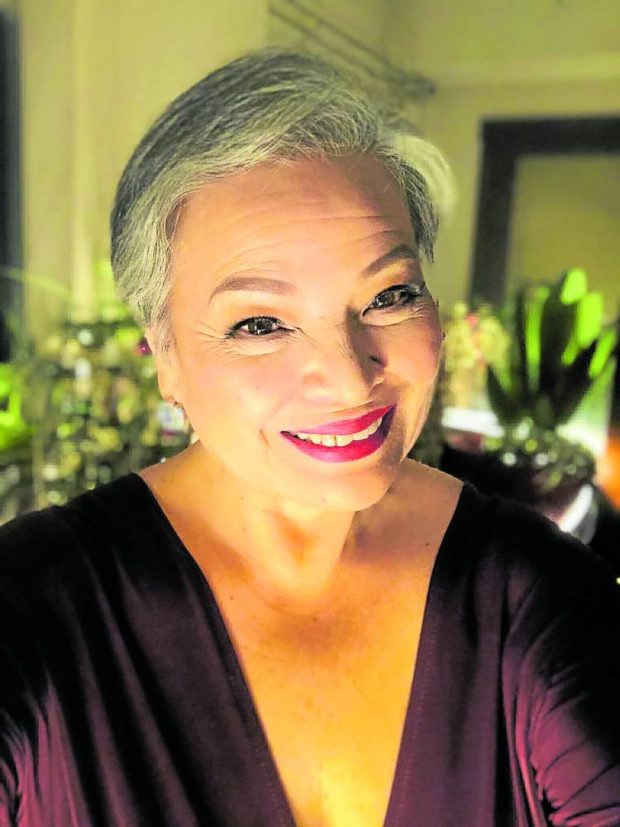 Leonor is caught between her action fantasy and the unforgiving reality — and everything begins to blur. I was doing “Ang Huling El Bimbo” when I was approached by Arkeofilm producers, Monster Jimenez and Mario Cornejo. They invited me to read for Leonor, and that was it.

You’re used to doing theater. What adjustments did you make for this jump from stage to screen?

Not very many people know this, but I was a TV commercial producer long before I was in theater. I worked in J. Walter Thompson, then not long after, I set up Provill together with my Maryknoll schoolmates. So, my background is actually filmmaking. Being on a hot set brought back wonderful memories of my days as a producer.

You’ve played a lot of memorable roles in your career as a theater actress, but this feels unlike any character you’ve essayed. But how did her story resonate with you and in what way is her issues similar to yours?

I was very curious about the whole idea of a female screenwriter for action films. I thought that was very unusual, especially in the ‘80s, when male writers ruled that genre. And my director Martika is a young bubbly female millennial. The combination was just too tempting not to jump in.

Though it took a while, Leonor is hell-bent on finishing what she started, and making right what she did wrong. I think I share that initiative as well. What I did find most challenging about the role were the physical requirements, but the production people took extra care of me. Also, the locations were challenging because we shot inside… warehouses with bats!