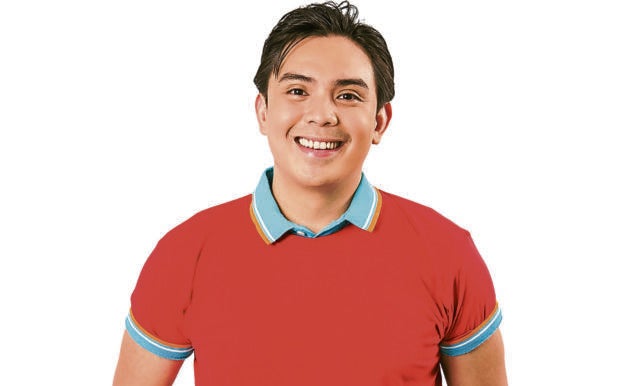 With the recent death of veteran director Bert de Leon, Sef Cadayona hopes to make good on his promise to apply the things he has learned from working with one of his most respected mentors in television.

“A piece of advice that I will always remember is this: ‘Never stop learning—even if you think you’re already doing well. When you start thinking about what else you can do next, then you may very well end up surprising yourself,’” he told the Inquirer in a recent virtual conference. “That’s something I continue to apply in my career.”

De Leon, who died last Nov. 21 at the age of 74, was Sef’s director for the past six years in the gag show “Bubble Gang” and the sitcom “Pepito Manaloto.” While the cause of his death wasn’t disclosed by the family, it had been previously reported that De Leon underwent angioplasty last July, and then contracted COVID-19 last October.

“I want to work harder… I want to step up and fulfill his reminders to ‘hone’ and ‘develop’ new skills. He left so many beautiful, encouraging words with everyone he worked with. I hope we can all do this for him,” he said of De Leon who also directed such programs as “Eat Bulaga!,” “Okay Ka, Fairy Ko!” and “The Sharon Cuneta Show.”Sef recalled that De Leon had to take a leave of absence before he was hospitalized. But even then, the director remained hands-on with his shows, and would habitually check on his actors and staff.

“There were times when we would call him from the set. Talking to him was a joy, and he gave off the wonderful energy that uplifted everyone’s spirits and confidence,” he said. “And even though he wasn’t directing anymore, he didn’t want to be a burden and would often assure us that we would come back soon: ‘OK lang ‘yan, do this, ako mag-e-edit niyan. Babalik na ‘ko.’”

In one of “Pepito’s” recent taping sessions, the cast dedicated a lengthy prayer to their late director. “It was all so sudden; we didn’t expect it. We prayed for him to express our gratitude for the honor of working with him and all his lessons that we will treasure for the rest of our lives,” he said.

One thing Sef explored under De Leon’s wing was writing scripts. Now, the 32-year-old actor—who never imagined he would be working on comedy—contributes sketches to “Bubble Gang.”

“Eventually, there will come a point where you would want to learn other things. And I’m fortunate to have learned from all the talented writers and directors of ‘Bubble Gang.’ I was given a platform to write, and learn tricks of the trade when it comes to making people laugh,” he said. “Now, I can contribute sketches and suggest collaborations with the creatives.”

Given the chance, Sef said he would like to continue working behind the scenes. And who knows, directing might be next. While he also wants to venture into heavy drama, doing television series is out of the question for now, because of regular jobs in “Bubble Gang” and “Pepito.” “Even if there are opportunities to do soaps, I can’t accept them because of our new protocols and work systems. I can’t shuttle between different taping bubbles,” he pointed out.

Nonetheless, the Kapuso remains thankful because “Pepito’s” origin story “Ang Unang Kwento” has been renewed for another season.

“I was initially worried about playing the young version of Pepito (played by Michael V in the original series), because I wasn’t sure how the audience would react to a spinoff,” he said. “Luckily, my costars and I were able to build chemistry, and now we have been given a chance to play our characters longer … I’m happy for the network’s trust in me.” INQ