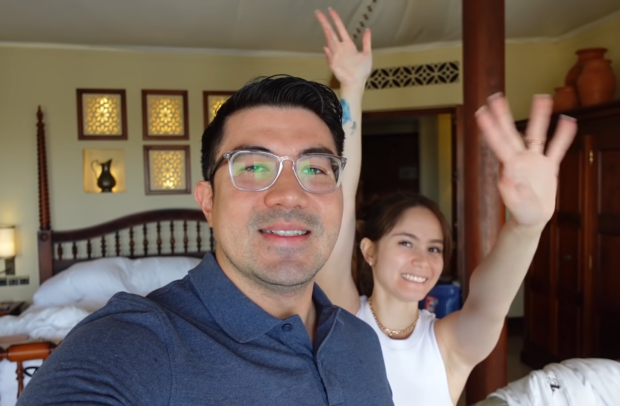 Luis Manzano and Jessy Mendiola enjoyed their “official honeymoon” in Dubai, their first trip as a married couple.

Manzano took fans with them on their trip around Dubai, where they shared a meal with Mendiola’s father and eventually stayed at the Al Maha luxury desert hotel, as seen on the actor-TV host’s YouTube vlog last Tuesday, April 12.

The couple had their own pool at the hotel and got to see animals up close while Manzano delivered various quips about the animals and his surroundings throughout their vacation.

(We’re having a sweet vlog for today guys, but of course we still have a few jokes in Lucky TV. Love is in the air, so I’m warning you, you’ll be shocked because I maybe look more handsome here.)

Prior to this, Manzano described the trip as their “official honeymoon,” as seen on his YouTube vlog last April 5.

He added that their flight to Dubai was the first time they flew first class, something that he and Mendiola wanted to try at least once in their life.

Prior to this, Mendiola had reunited with her Lebanese father Roger Tawile in different locations in Dubai, along with other companions.

Manzano and Mendiola tied the knot in an intimate wedding in April last year. They have recently been open about their readiness to have a child together, with Manzano requesting baby items from his mother, veteran actress Vilma Santos, last February. Meanwhile, Mendiola revealed that getting pregnant is her current priority.  /ra