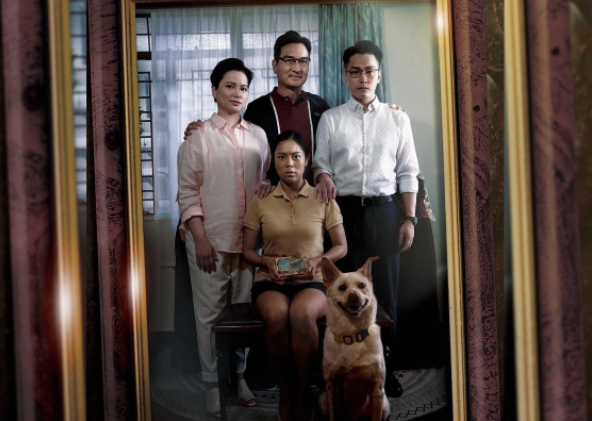 A Hong Kong television show has ignited anger over a Filipina character played by a local actress who darkened her skin, in the latest incident of “brownface” in Asia.

Broadcaster TVB cast Canadian-Hong Konger Franchesca Wong to play a Filipina domestic worker for its series “Barrack O’Karma 2,” which despite its name, is a suspense thriller series and not about United States politics.

Wong appears in the show with visibly darker skin and a clip posted by a colleague on Instagram showed her applying make-up to her legs.

“I am transforming into another person,” Wong said in the video, affecting a Filipino accent.

“I am sun-tanning right now,” she added.

Local media reviews this week of Wong’s portrayal have been largely favorable and skipped discussion of race.

But the decision to darken her skin and the casting choice itself have sparked criticism, particularly among the city’s Filipino population.

“I don’t think it’s appropriate that she had to darken her skin for the role,” Sabrina Man, a Chinese-Filipino former actress working in Hong Kong as a model, told AFP.

“Domestic workers have done so much for Hong Kong, and I think it’s disrespectful to them and to Filipinos in general to do this,” she added.

“It wouldn’t have been difficult to look for someone with Filipino heritage to play the role,” she said.

Jianne Soriano, a Hong Kong-born Filipina writer, agreed that there were plenty of Filipino actresses in the city who could have played the role.

“How could anyone say okay to brownface and think that a non-Filipino portraying a domestic helper is okay?” she wrote on Twitter. “We can very much tell our story with our own faces.”

‘An expression of inequalities’

There are about 340,000 foreign domestic workers in Hong Kong, mostly women from the Philippines and Indonesia.

Paid a minimum of HK$4,630 ($590 or about P30,000) a month, they work six days a week and must live with their employers, in a city that offers some of the world’s smallest apartments.

Eni Lestari, a domestic worker and chairperson of the International Migrants Alliance, described the TV show’s choices as “an insult” to domestic workers who already face discrimination.

“Culture is an expression of inequalities in the economic and political life of the community,” she added.

Wong did not reply to a request for comment on Wednesday.

In a statement, TVB said Wong “successfully portrayed” her character “through her professional performing techniques and sophisticated handling of role-playing.”

While TVB did not directly address the choice to darken Wong’s skin, it said “it was never our intention to show disrespect or to discriminate any nationality in any of our [programs].”

“We would like to express our concern to anyone who might be affected in this matter,” the station added.

“Brownface” or “blackface” are terms referring to the practice of darkening an actor’s skin to portray a person of a different race.

The practice has become taboo in North America and much of Europe where there has been a concerted push for more diverse casting and representation in the entertainment industry.

But brownface controversies continue to crop up in Asia, including in television shows and advertisements.

Last year a Malaysian pop star apologized for using a darkened woman in a music video that promoted a skin-whitening product.

Singapore’s state-owned broadcaster apologized in 2019 for an advertisement featuring an actor of Chinese origin with his skin darkened.

A long-running TV series in the Philippines also received criticism for casting light-skinned actors who were playing characters from indigenous Aeta communities. JB