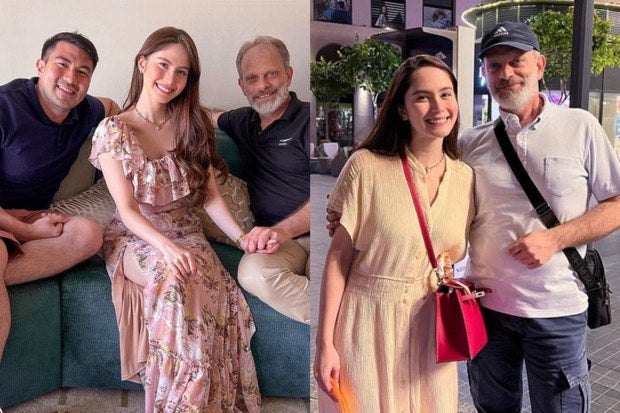 Jessy Mendiola has reunited with her Lebanese father Roger Tawile during her recent Dubai trip with her husband, actor-TV host Luis Manzano.

Mendiola gave a glimpse of their father and daughter moment through her Instagram page yesterday, March 30. The actress wrote an Arabic phrase which means “my family” in English.

In the series of photos, Mendiola appeared to have bonded with Tawile in different locations in Dubai. She and Manzano can also be seen with several other people who the couple appear to have spent moments of their trip with.

Mendiola was separated from her father for 14 years and they had their first reunion in 2017. The father and daughter last met in 2019, also in the United Arab Emirates (UAE), after Tawile flew from Bahrain to Abu Dhabi, where Mendiola was at the time.

Meanwhile, Manzano and Tawile had their “heart-to-heart” talk through video call, which happened in time for father’s day last year. During their conversation, Manzano thanked Tawile for entrusting Mendiola to him despite not being able to attend the couple’s wedding. JB

LOOK: Jessy Mendiola goes seductive in photo shoot ‘before I get preggy’