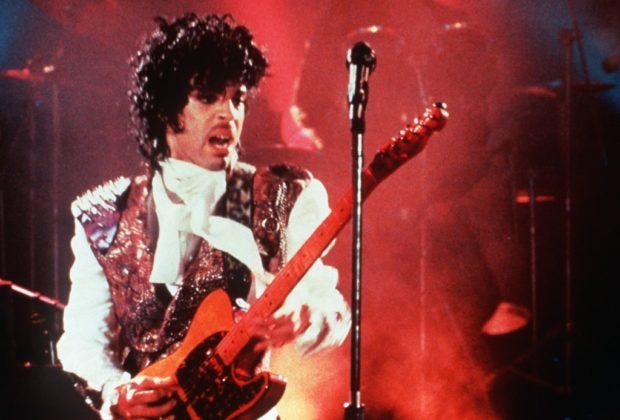 A concert of near-mythical proportions — Prince at the peak of his powers in Syracuse during the 1985 Purple Rain tour — is getting an official release on June 3, the late singer’s label said Wednesday.

Many icons of the 20th century have a concert that has gone down in music lore: James Brown at the Apollo Theater, Jimi Hendrix at Monterey Pop, Kurt Cobain unplugged in New York.

“Listening to the Syracuse concert again… we sound like a rocket taking off,” said BrownMark, bass player of The Revolution who accompanied Prince at the time. “It was powerful. I attended a lot of concerts but I have never seen anything like it.”

At the time, the concert was broadcast live by satellite and released as a movie. Low-quality bootlegs have been circulating ever since.

But now the performance has been remixed from the original tapes taken from “The Vault,” the collection Prince kept at his Minneapolis home and which keeps fans supplied with a steady stream of posthumous releases.

One track, “Let’s Go Crazy,” is already available for streaming, ahead of CD, vinyl and Blu-ray versions from Sony’s Legacy Recordings and Prince’s estate in June. JB

Read Next
Derek Ramsay reminisces on proposal to Ellen Adarna one year after: ‘Best decision of my life’
EDITORS' PICK
Powered by style, innovation and passion
Authors unbowed after gov’t ‘purge’ of books
Taiwan’s foreign ministry thanks U.S. for maintaining security in Taiwan Strait
House energy committee chair Arroyo bats for cheap electricity
A laptop that maximizes your WiFi so you can maximize your productivity
Writers’ groups join outcry over KWF move
MOST READ
Arjo Atayde reveals proposal to Maine Mendoza was ‘more than a year’ in the making
‘FPJ’s Ang Probinsyano’ officially ends after nearly 7 years
Most wanted person in Cebu arrested — PNP
Pagasa: Cloudy Saturday with possible rain showers; LPA spotted outside PAR
Don't miss out on the latest news and information.