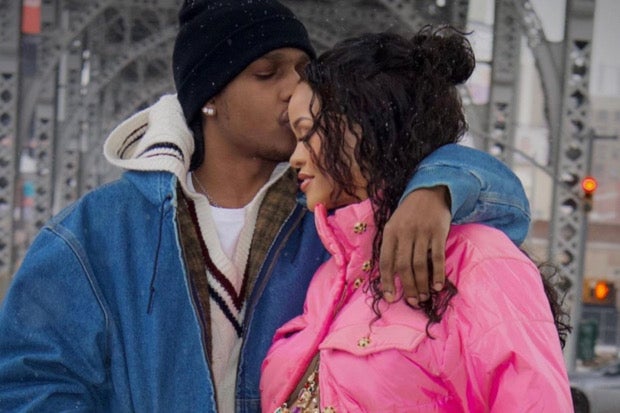 Rihanna opened up on how she and rapper A$AP Rocky journeyed to becoming lovers, admitting that it took them some time to get past the friendship stage.

The Barbadian singer spoke about how their romance was slow-going at first, as per an exclusive interview with Vogue yesterday, April 12. Rihanna recalled how she was taken aback during their first encounter at the MTV Video Music Awards in 2012, where A$AP Rocky grabbed her butt while performing side by side.

“People don’t get out of the friend zone very easily with me,” she said. “And I certainly took a while to get over how much I know him and how much he knows me, because we also know how much trouble we can land each other in.”

She also recounted their Los Angeles to New York trip in 2020, adding that their relationship got more serious during the COVID-19 lockdown.

“He became my family in that time,” she was quoted as saying. “There’s no pretentious my-brand-your-brand bullsh*t, it’s just us living. I just feel like I can do any part of life by his side.”

Rihanna confessed that they neither planned nor “planned against” her pregnancy, disclosing that she did not keep tabs on her ovulation and “just had fun.” She then talked about how the two of them value transparency which is what she loves most about them.

“And then it was just there on the test. I didn’t waste any time. I called him inside and showed him. Then I was in the doctor’s office the next morning and our journey began,” she told the publication.

“Transparency with everything: how we’re feeling, what our goals are, what our fears and insecurities are. The vulnerability to be able to say what you feel about each other,” she added.

Rihanna announced last February that she is expecting her first child. She also assured fans that music can still be expected from her in the future amid her pregnancy. Anne Pasajol/JB