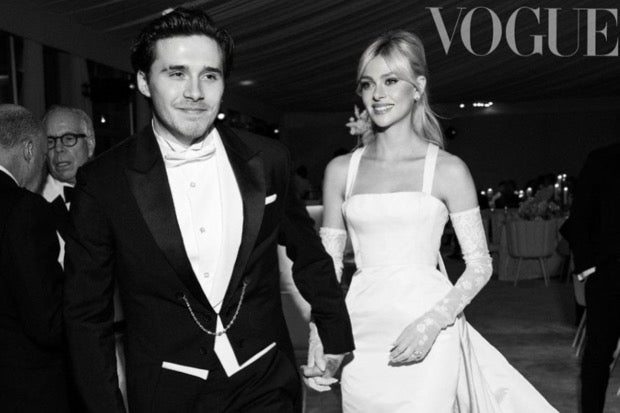 Brooklyn Beckham and Nicola Peltz have finally tied the knot in a lavish ceremony, nearly two years after they announced their engagement.

The wedding setup reportedly included orchids hanging from the ceiling and an elevated runway, with water and floating flowers on both sides.

Beckham and Peltz also gave glimpses of their wedding through a series of photos on their respective Instagram pages yesterday, April 11. Peltz can be seen donning a Valentino ivory gown with lace details.

Beckham’s parents, David and Victoria, and his siblings Romeo, Cruz and Harper were present at the wedding, which was attended by nearly 600 guests. Other celebrities who reportedly joined the celebration were Mel C, Serena and Venus Williams, Gordon Ramsay and Jordana Brewster. Anne Pasajol/JB