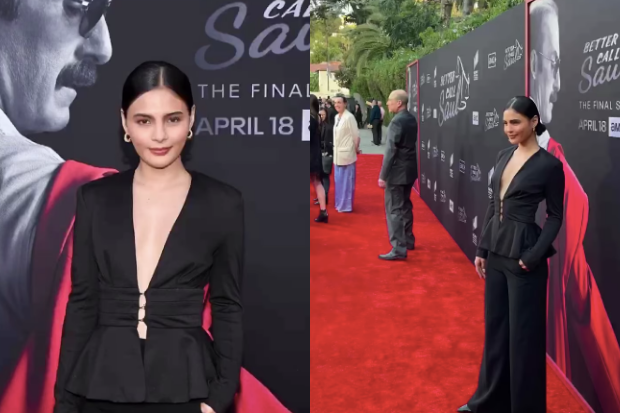 The actress gave fans glimpses of the premiere held at the Hollywood Legion Theater in Los Angeles, where she donned a black suit with a deep v-neck, as seen on her Instagram page yesterday, April 8.

“At the Hollywood red carpet premiere of AMC’s ‘Better Call Saul.’ Congratulations on your sixth [and] final season, guys! Can’t wait to watch!” she said.

Fashion stylist Adrianne Concepcion, who styled Poe for the event, also showed the actress posing for photos at the premiere via her Instagram Stories today, April 9. 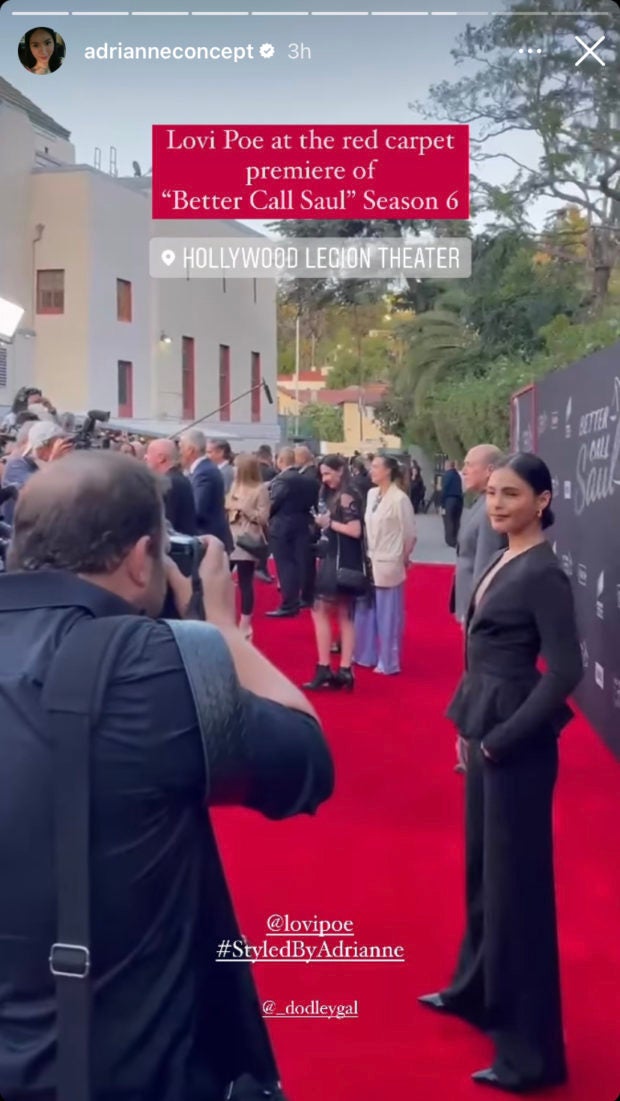