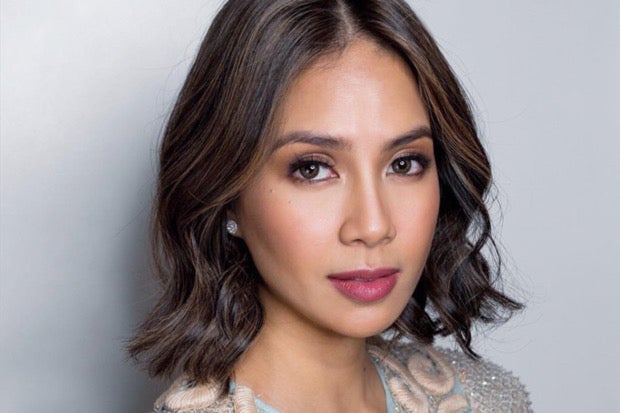 Kaye Abad is not turning her back on showbiz as she plans on getting back to acting once her children are a bit older.

Abad spoke about how she misses acting when asked about her plans of returning to the limelight by actress Francine Diaz, as seen on Diaz’s YouTube channel yesterday, April 2.

“I never left, siguro nagpahinga lang because priority ko is mag-baby muna because I’m not getting any younger. So palakihin ko muna ‘yung mga bata then I will, for sure, go back,” she said.

(I never left, maybe I just took a break because I prioritized having a baby, because I’m not getting any younger. So I will just wait until my children are a bit older then I will, for sure, go back.)

Abad then talked about her dream role of portraying a non-speaking character, adding that she had taken on a lot of characters except for such a role.

(I always say this that I want a role where I act as a non-speaking person. That’s very challenging because I need to express what the character wants to say without saying the lines. I’ll only be able to use just my eyes and facial expressions.)

Abad is married to “Pinoy Big Brother” alum Paul Jake Castillo, whom she shares two sons with. They tied the knot in 2016, welcomed their first child in December 2017 and their youngest child in September last year. JB