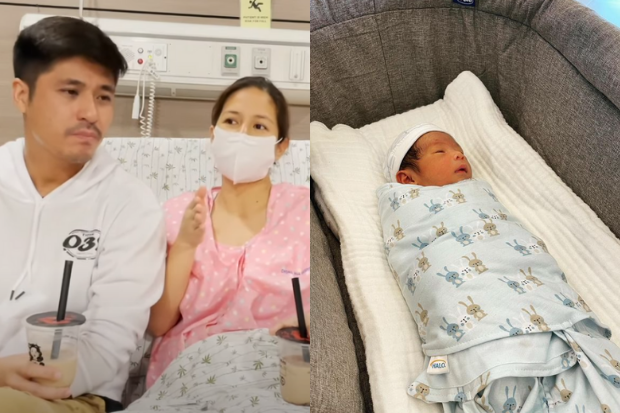 The actress introduced her newborn son by showing a photo of the baby on her Instagram page today, Sept. 13. The child was born last Sept. 2.

The couple recounted the actress’ labor experience through a YouTube vlog yesterday, Sept. 12. Abad noted that giving birth in Cebu was “totally different” from how she gave birth to her firstborn, Joaquin, in Manila.

“I thank God, I prayed for a normal delivery. Ayokong ma-caesarean kaya push talaga, push nang push (I did not want to go through a caesarean section so I really pushed),” she added, also thanking the “supportive” medical staff who helped with her delivery.

Abad and Castillo married in 2016 at the San Pedro Calungsod Chapel in Cebu. They welcomed their first son Joaquin a year later in December 2017. The couple announced they were expecting another baby boy last February. JB