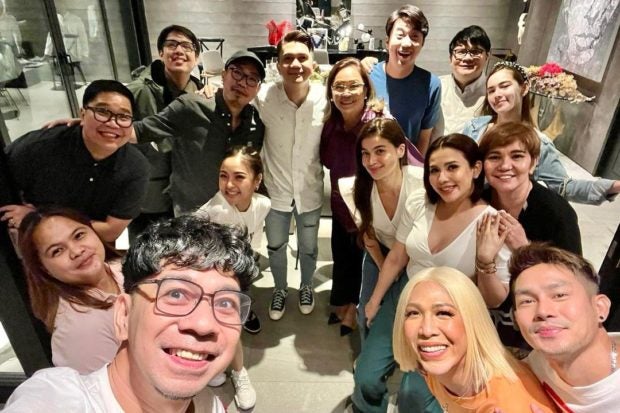 Anne Curtis has finally reunited with her “It’s Showtime” family, two years since she took a hiatus from show business.

ABS-CBN’s chief operating officer Cory Vidanes, as well as the noontime show’s executives were also present at the dinner.

For his part, Corpuz showed a similar photo of their reunion, describing it as a “family dinner” on his Instagram page today, March 25.

The reunion prompted fans to feel excited over Curtis’ return to “It’s Showtime,” as she had not been hosting the show since she temporarily left it in December 2019. She took a break from show biz months before giving birth to her daughter Dahlia.

The actress welcomed Dahlia in March 2020 in Australia, and returned to the Philippines with her family in February last year.

Curtis is set to hold her comeback documentary concert “Luv-ANNE” on April 30, which she first teased on her birthday last month.  /ra