Nadine Lustre traveled on boat for 6 hours to see BF, friends in Siargao after typhoon Odette 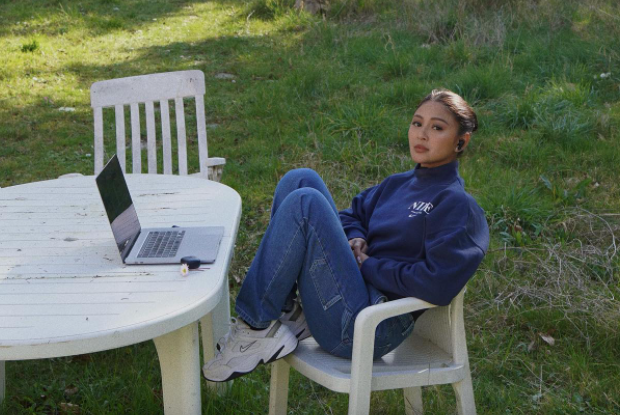 Nadine Lustre looked back at the time she had to ride a fisherman’s boat for six hours at nighttime just to see her friends and boyfriend, Christophe Bariou, in Siargao after the island was devastated by typhoon Odette.

Lustre opened up on her journey back to the island after the typhoon via her fellow actress Liza Soberano’s “An Open Mind” podcast last Sunday, March 20. Lustre was not on the island when Odette made landfall on Dec. 16, 2021, since she had work commitments.

“I didn’t get to leave until the 21st of December […] there’s completely no contact with anyone on the island, with my friends, with my boyfriend also. There was nothing,” she recalled.

Lustre described watching the devastation through online live feeds as “scary,” noting that she had to keep herself from panicking.

“I didn’t get any update until after four days and it was so bad because it was someone else who texted me that all of my friends are okay, that my boyfriend was okay. I remember I cried. That person, I didn’t even know who this person was, sent me a message on WhatsApp and he sent me a photo of my boyfriend and he said ‘Chris is okay,'” she narrated.

According to Lustre, she had to fly with friends to Cagayan de Oro since there were no direct flights to Siargao, then ride a van to go to Placer in Surigao del Norte.

“We arrived [at] the pier at 6 p.m. and we couldn’t find a boat but there was this one small boat, like a fisherman’s boat… I was with another friend. It was just the both of us, the fisherman and the son traveling from freaking Placer to General Luna,” she recounted.

Lustre admitted she was apprehensive about riding the small boat at night as it only had space for two people to sit next to each other, but she still rode it for six hours to meet her friends and boyfriend in Siargao.

Upon arriving in Siargao, Lustre recalled not being able to recognize the beach as it appeared “like there was a nuclear bomb that exploded in the area.”

“It was a lot of work and 24/7 we were just trying to get supplies to the people who need it pero kulang talaga (but it’s not enough),” she told Soberano while talking about her efforts to extend help to people in Siargao.

Lustre and Bariou have been seen together in various locations since last year. They were also spotted in relief operations and a feeding program in Siargao after it was hit by typhoon Odette.

Bariou is reportedly a resort founder and managing director in Siargao, where Lustre has been staying for a few months at a time since last year.  /ra