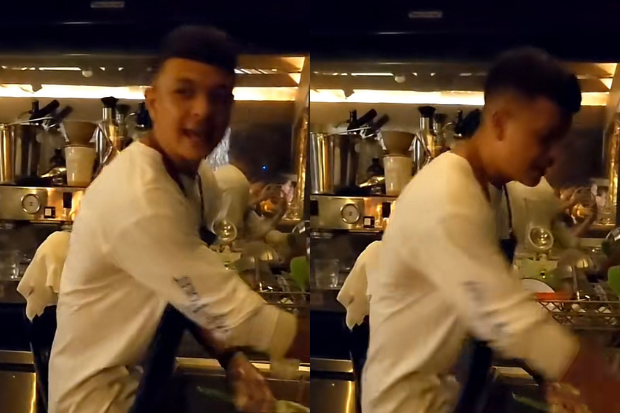 Jericho Rosales appears to remain humble despite being a celebrity as a bartender narrated her past experience of having the actor as her “barback” when he saw she needed help in the kitchen.

The bartender, @melissayozel, recalled her encounter with Rosales in her TikTok videos last Monday, March 14. She noted that she received help from Rosales in November last year at a bar in La Union.

She also showed Rosales washing dishes as he appeared to talk to other customers in the bar. According to the bartender, Rosales was on a night out and visited a friend who also worked at the establishment.

(I was the only one at the bar. I was the bartender, I was washing dishes, I was the cashier, I was bussing out. Echo was there because he’s close to one of my colleagues and they were drinking.)

The bartender then noted that as the bar was about to close, Rosales not only decided to wash his own dishes but also insisted on doing everything himself when he saw the pile of dirty glasses.

(I approached him immediately. I said, “Oh, don’t do that because you’re a customer. Don’t wash the dishes there.” He said, “It’s really okay, I understand you. I was once a waiter, so it’s okay with me. Besides, I’m a bit drunk, so I’m trying to avoid taking shots. I’ll just be here to wash dishes.)

Before becoming an actor, Rosales grew up into poverty. He was born into a poor family and experienced working as a jeepney barker, pizza boy and driver, among others. He was also not able to go to college because his family “simply could not afford it.”

Rosales now lives in New York City with his wife, model-stylist Kim Jones. He gave a sneak peek at his new home last month and has since participated in an acting workshop in the city.  /ra