Rebel Wilson pokes fun at Leonardo DiCaprio's dating habits at BAFTAs: 'He does like them young' | Inquirer Entertainment 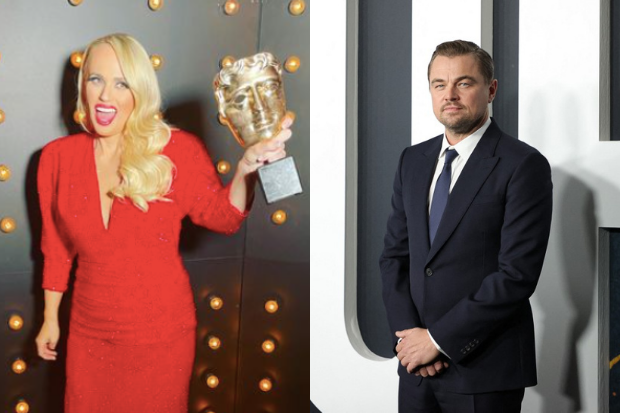 Rebel Wilson joked about actor Leonardo DiCaprio’s relationships during the recent British Academy Film Awards (BAFTAs), as she made a reference to his penchant for dating younger women.

The Australian actress made the dig at DiCaprio while giving away her own “Rebel BAFTAs” with made-up award names to members of the audience, as seen on BAFTA’s YouTube channel yesterday, March 14.

Among those who received a “Rebel BAFTA” was 20-year-old actress Emilia Jones, who performed “Both Sides Now” during the show.

“I’ll give you the award for the person in the crowd Leonardo DiCaprio would find most attractive in the crowd… He does like them young,” Wilson said. Jones can be heard laughing off the joke, along with other members of the audience.

Wilson also gave “Rebel BAFTAs” to actor Benedict Cumberbatch for “Best Actor in the Room Who Just Reminded Me He’s Married” and Lady Gaga’s boyfriend Michael Polansky for “Best Plus One.”

This is not the first time DiCaprio was the object of fun during an awards show because of his relationships.

During the 2020 Golden Globes, host Ricky Gervais joked about the “Titanic” actor while talking about the film “Once Upon a Time in… Hollywood.” The English comedian quipped that DiCaprio’s date would be “too old for him” by the end of the film’s nearly three-hour premiere. DiCaprio went along with the joke as he was seen laughing together with others in the audience.

DiCaprio is currently dating model-actress Camila Morrone, who is more than 20 years his junior.  /ra